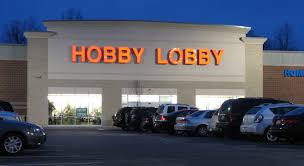 The recent opinion issued by Justice Samuel Alito on behalf of the Supreme Court in the Burwell v. Hobby Lobby case gives us reason to rejoice, although not, I think, for the reasons most Christians (and people of all faiths and religions) have been rejoicing thus far. In Hobby Lobby, the Supreme Court held that the obligations imposed on closely-held corporations by the HHS, which essentially forced all for-profit corporations (including those that are closely-held) to provide contraceptive methods as a part of their health-insurance plans, violated the Religious Freedom Restorative Act. Hobby Lobby and other companies claimed that providing certain types of contraception that act as abortifacients violated their sincerely held religious beliefs and convictions.

A couple of quick points need to be made. First, this was not, strictly speaking, a constitutional issue. The Supreme Court did not hold that it is unconstitutional for corporations to be forced to provide certain types of contraceptives as a part of their health-insurance plans. They held that it violated the RFRA, passed by Congress in the 1990’s. Hypothetically, Congress could amend the RFRA to state explicitly that the Act does not contemplate persons to include corporations; in doing so, they would basically be making this opinion obsolete (the Supreme Court would then have to analyze the case under a pure First Amendment lens). Second, the holding was actually fairly narrow. Although it might seem somewhat radical that corporations can exercise religion, the actual holding only applies to closely-held corporations and is admittedly a legal fiction meant to protect the interests of those actual people that run the closely-held corporation. Additionally, it’s not even really radical considering that the Supreme Court has always implicitly contemplated the corporations have the legally fictitious ability to exercise rights in a similar fashion as actual people (it seems significant that 7 out of the 9 judges either explicitly said corporations can exercise religion in a fictitious sense or declined to join the 2 dissenting judges in expressing the opinion that corporations could not exercise religion even in a legally fictitious sense).

Beyond the legalese, though, I think the opinion is a reason for the church to rejoice, but not necessarily because it is “a victory for religious rights.” It sort of is, I suppose. But only in the sense that the Court quite narrowly decided that in this particular case, the federal government was significantly burdening religious expression with a method that was not the least restrictive option available. It was no more a victory for “religious freedom” than it will be a defeat for religious freedom when the Supreme Court holds that people cannot sue for membership in schools without vaccinations or that companies cannot decline to hire homosexuals or Muslims or African-Americans because it violates their sincerely-held religious beliefs.

Why, then, is it a reason to rejoice? I believe that it is a reason to rejoice because it is a pro-life victory. By that, I don’t mean that I necessarily agree with Hobby Lobby and the other companies that contraceptives are morally equivalent to abortion (that issue is arguably nuanced and confusing, and the subject of a very different blog-post). But it is a reason to rejoice because it is even more evidence of the fact that pro-life advocates have successfully moved the goalposts of the abortion debate. Because of a combination of scientific advancement, the tireless efforts of pro-life advocacy groups and individuals, and the power of the Holy Spirit, the U.S.A. has slowly become more pro-life over the past 15 years. State and federal law has gradually reflected that shift and continues to provide more significant legal protection for unborn babies.

That shift is seen in how the goalposts have been moved. The debate used to center around terms like partial-birth abortion, third trimesters and the Society of Music Lovers. Now it centers on terms like the point of viability, contraceptives and 20 weeks. We used to have to expend significant political capital just to say that you can’t deliver live babies and then crush their skulls. Now our political capital is spent outlawing abortion after 6 weeks in some states just to pick a judicial fight. To paraphrase my friend Alex Couch, we have fought for their (unborn babies) lives, and we have given them a voice; we haven’t cared what others have said because we know that abortion isn’t just a choice. More than anyone else, unborn babies truly are the “least of these,” and we are continually glorifying Christ by fighting on their behalf, and we are seeing more and more success as a result of our efforts, by the grace of God. That is truly a reason to rejoice.

Get the blog feed