"I Didn't Say That!": How Metacommunication Messes With Relationships (Part 1)

(Eds. note: Today, we are beginning a 5-part series on Metacommunication.  What is it? How does it impact our relationships? We hope you'll join us on what we think will be an insightful and interesting look at the way we communicate).

Stephanie walked in from the ladies meeting to find Jason watching the Monday night game.

“How was the meeting?” he asked while munching on chips.

“Oh, it was fine,” Stephanie responded with a subtle shrug. 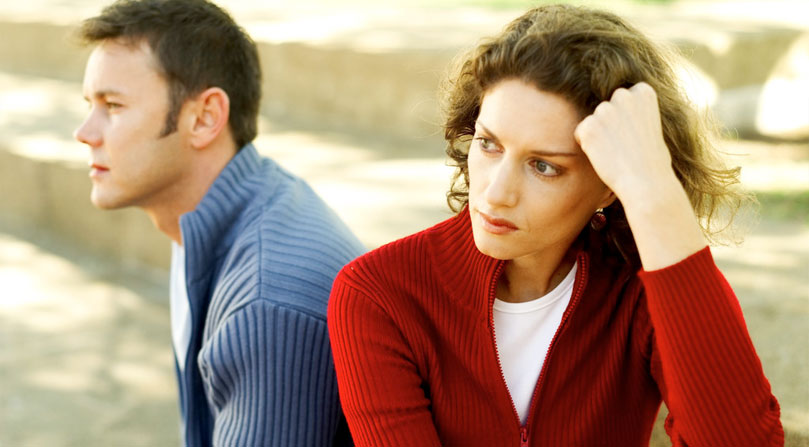 In this case Jason keeps munching and stays focused on the game. He knew Steph didn’t really want to go to the ladies meeting due to challenges in her relationships with a few ladies in the church. After he put the kids to bed, he had prayed she would enjoy the meeting and come home enthused and refreshed. It’s not that he didn’t want to ask more questions, but he just didn’t want to ask them now. This game was far better than he anticipated and they had a date night planned for later in the week, so he’d follow up then. But for now he wanted to reach out so what should he do?

“Glad you went, hon. Hey, since you’re in the kitchen can you grab me a soda? This game is incredible. Wanna watch the rest with me?”

Steph feels disappointed. Had she known the topic of the meeting was pursuing relationships in the church she certainly wouldn’t have gone. And the two friends she was struggling with had gone out to dinner before the meeting and didn’t invite her. It’s not that she would have gone, but it was just a reminder of how ever since she had felt betrayed by them, things at the church seemed so different. Why couldn’t Jason just turn off the game for a few minutes and talk?

“I’m really tired,” she said as she hands him a soda. “I’m gonna head up to bed. See you in the morning.”

“You sure?” Jason responds, feeling a little badly about her demeanor. “Well, I wanna hear more about it Thursday night when we go out. Love you!”

Another field goal by his team quickly relieves his mild anxiety about Steph. And their conversations usually go better when she’s had a few days to wind down from difficult interactions with people anyway.

In this case Jason keeps munching and stays focused on the game. But then he considers how reluctantly Steph decided to go to the meeting. In his earlier prayer for Steph he asked the Lord to bring her home enthused and glad she went. Clearly that didn’t happen. He remembered an upcoming date night later in the week and thought to bring the meeting up then. He didn’t want to divert attention from a great game, but he knew the right choice was to try to draw Steph out.

“I’m glad you went, hon. You look tired. Sit down and let me grab you something to drink. What would you like?” he asked as he turned off the TV.

“Oh, it’s no big deal. Go ahead and watch the game. I’m not sure I wanna talk about it anyway.”

“Ok, we’ll have time Thursday night if you’d rather wait, but I’d like to hear just a little about the meeting.”

As they sat together on the couch Jason heard about Steph’s angst over seeing her friends walk in the door together talking about their dinner. She shared about the teaching and how she should have researched the topic before she decided to go. Jason put his arm around her and drew her close. He had things he wanted to say but he decided what was more important was for Steph to feel understood and comforted.

These responses can be played out in every relationship. Whether single or married, we are all in relationships that require communication -- which opens the door to offense, misunderstanding and disappointment.

As a pastor’s wife people regularly come to me with, “My [husband, friend, family member, boss, coworker] don’t communicate and I need help.” I really don’t think the problem is communication but how it happens. Jason and Steph were definitely communication in response one! From the time she walked in the door she was saying, “Ugh. That was a hard meeting” while Jason was communicating the game was more important to him in that moment than his wife. Yet neither of them said those words.

What Jason and Steph did -- and what you and I do every day in numerous situations -- is called metacommunication. This term was used and defined in the 1970’s by British anthropologist Gregory Bateson and, in short, describes the ways we let people things without saying them outright. Metacommunication happens through facial expressions, body language, sighs, eye rolling, smiles or frowns, gestures or etc. Metacommunication is the behind the scenes or below the surface ways we let people know what we’re thinking or how we feel without doing so clearly and unmistakably.

You may have heard of the "7-38-55" communication formula popularized in the 70’s by phsycologist Dr Albert Mehrabian. His (very limited) research indicated that only 7% of communication is clear and verbal, 38% happens by vocal signals like tone of voice, and 55% by body language. People have since challenged his findings due to the fact that he used limited research groups…and all participants were women. Nevertheless, sociologists and phycologists agree that a majority of communication is non-verbal rather verbal. I could certainly give example after example of this in my own life!

With help from some dear friends Benny and I are realizing how much we metacommunicate. I withdraw and use silence to say, “You don’t want to talk so I will just pull away until you take initiative.” He uses frantic working in the house or yard to say, “I’m anxious and need to distract myself from all that’s on my mind.” We are both learning to actually say the words to each other, to invite the other into our thoughts and world, and to experience the meaningful (though sometimes messy) connection when two people say what we’re thinking or feeling rather than send often missed or misunderstood messages.

I want to share some more with you on what I’m learning about the dangers of metacommunication. Until then, you might want to pay attention to how often you communicate far more often than you realize.

Oh, I'm so looking forward to this series. You've already got me hooked. I'm going to share this with our readers and maybe discuss it further with them. Thank you, for letting us listen in to what the Lord is showing you. You are a gift!
Debi