Category: Cultural Values | cultural values, About Us, Lake Nona Church, vision, Who You Are in Christ, lee vista church 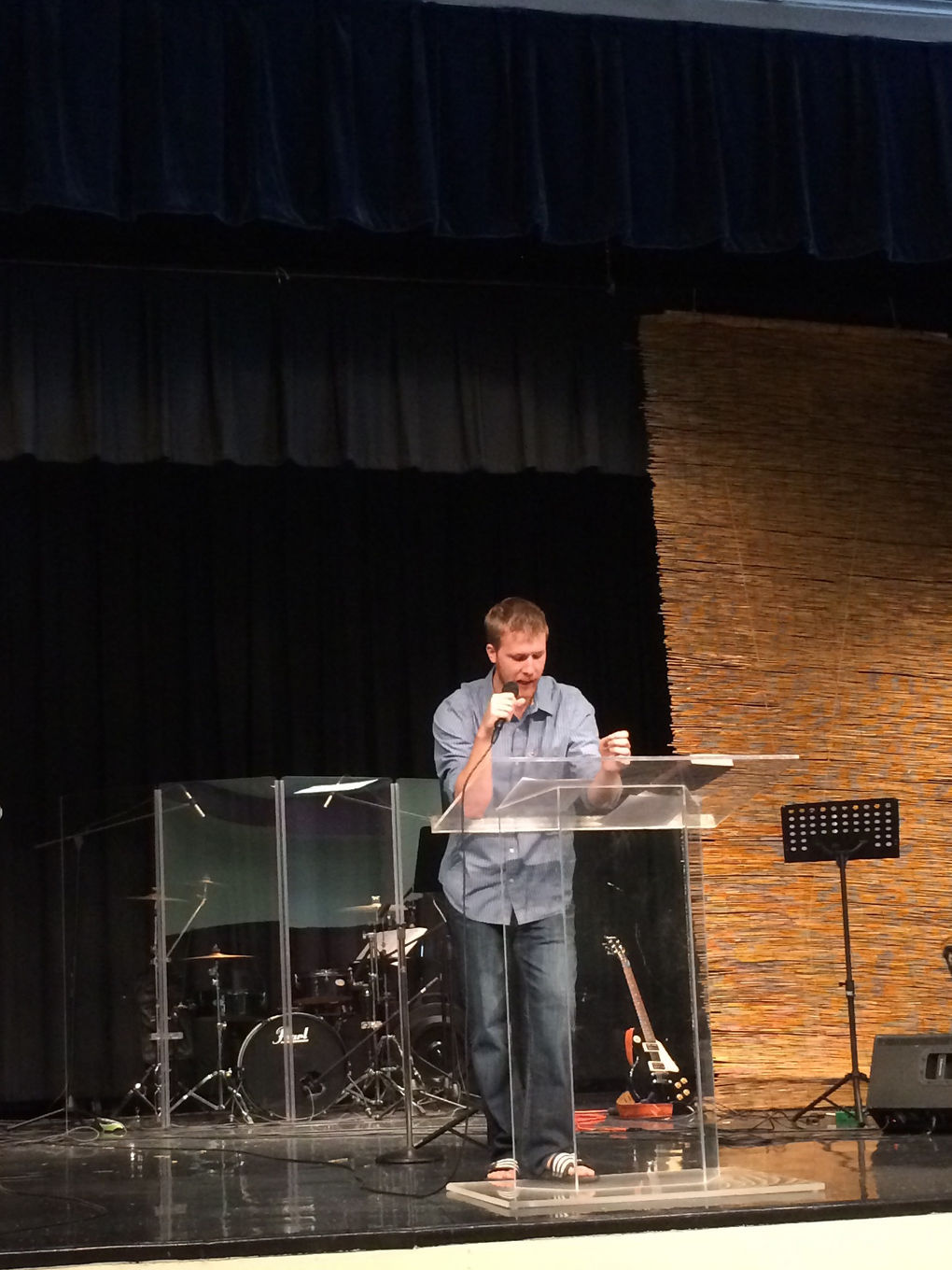 This #CulturalValues talk is about homosexuality – well, sort of. It’s about the LGBT movement, or the LBQGTITZFOB or whatever they are called now – although, as you’ll see, that’s kind of the point. This talk has two major points. I want to address the present reality (homosexuality) and I want to address the future possibilities, or the future goals of the LGBT movement. A quick word about the very idea of addressing the issue of homosexuality. Most people, when they are in a church and hear a phrase like “this topic is about homosexuality,” after they criticize the poor grammar and phrasing, they think “really? Homosexuality? CAN WE PLEASE STOP TALKING ABOUT THIS LIKE IT’S THE MOST IMPORTANT ISSUE OF ALL TIME!!!???” And while I think that’s understandable (and have had that thought myself at times) I want to give a quick reminder – assuming that you believe what the Bible says (and we’ll get to that), it’s not as if the church is the one pressing the issue. The social push to normalize homosexuality and to lambast anyone who thinks that it’s wrong as a bigot is what is pressing the issue – if, at some point in the future, society wants to normalize stabbing people in the kidney with forks, I would hope that the church would talk about that issue as well.

Let’s start with Present Reality. The present reality is that gay marriage is here, and it’s almost certainly here to stay. Whether we ever should have been fighting the batter politically or not, the point is that, politically, the fight is essentially over. In the next ten years, gay marriage will not only be legal, it will be legal in every state because it will be mandated to be legal every state as fundamental right guaranteed by the Equal Protection clause. Justice Kennedy’s opinion cannot be interpreted any other way – Justice Scalia’s dissent essentially made that point. If animosity towards homosexuals is the only possible reason to denying the benefits of gay marriage to same-sex couples, than the limits on the holding of Windsor are a product of the factual limits. As soon as they are afforded the opportunity, the Supreme Court will extend the holding to state bans. So, then, why talk about the present reality at all? If the issue is gay marriage, let’s move on to the future goals, right? Not exactly. The present reality is not only about gay marriage; the present reality also contains an active goal of the LGBT movement, and how we respond as a church is to that goal is important. Their goal is not really, or not only, gay marriage – their goal is for homosexuality itself to be accepted as a normal, amoral thing. They don’t want the church and society to support gay marriage. They want the church and society to accept homosexuality. The press for gay marriage is simply a step in the push for the normalization of homosexuality generally. Our response to the church falls into one of two categories –our concern for homosexuality in society and our concern for homosexuality as a thing in itself, i.e. our gospel concern.

First, let’s address the concern and response to the hypothetical effect of homosexuality, and gay marriage in particular, on society. Reasonable minds can differ on this topic – one person might say that the U.S. was founded on Judeo-Christian values and that the country can’t function divorced from those values. Since heterosexuality and heterosexual marriage are normative, Christian values, the U.S. is a fundamentally different country where gay marriage is legal, homosexuality is accepted and all these other pagan practices are rampant. Another person might say that the U.S. was founded on Lockean philosophical values that were decidedly neither Judeo nor Christian, and certain social differences have very little to do with the efficacy and function of a representative government with separation of powers. The whole point is to allow public discourse and debate about political and social values, and for government to represent the will of the people, the majority of whom have made their argument and point clear – gay marriage, and homosexuality generally, is OK. One person might say the breakdown of the nuclear family leads to a breakdown in society eventually, another might say that the empirical data about stable, but non-traditional, families is unclear, and we shouldn’t be presumptuous. As a church, our #CulturalValue is that homosexuality in society is probably not as important – in any case, homosexuals don’t deserve discrimination in their civil rights, and we can have a good debate about gay marriage as a political battle. Should we, as a church, even really have an interest on how the state defines marriage? God has already defined marriage, and I’m not sure that fighting to limit the benefits of marriage to same-sex marriage is some super-important hill we should be willing to die on. But even if you think that it is, I think we can agree that as a church, we should believe that it is far more important to be consistent and in agreement over the biblical issue of homosexuality.
Gospel Concern

So what’s the proper response? Well, first it’s to acknowledge that the problem with this perspective isn’t that the LGBT community and academics want equality, because we should also want equality, and should be fighting hard to rid ourselves and our church of any vestiges of racism, chauvinism, feminism, sexism or any other discriminatory ism. Their problem isn’t that they want to rid society of the perceived fundamental notions of patriarchy and a self-perpetuating value system that unfairly values and props up some people at the expense of others, because to some degree, their concerns are valid. Their problem is that they look at people and say, “…has God really said?” They look at people and tell them “You can be like God. You can be the one that determines your own gender, your own sex, your own orientation, your own self-conceptions.” Their problem is that they read Genesis 1-3 and they agree with the Devil, or at least with his articulated opinions.
And what is our response? Our response is not to blame Hollywood, or liberalism, or the capitulation of the church – our response is not to hide our wives and hid our kids and retreat to our “rapture bunkers” in the middle of nowhere. Our response to them is our response to everything – we remind ourselves of what we know and what we are called to do. And what we know is that our God is greater, and our God is stronger, and our God is not surprised by individual or social sins. Our God’s response to sin was to send a flood and was to destroy Sodom and Gomorrah, but ultimately His response to sin was to provide a Savior, who was greater than death, greater than the Devil, and greater than our sin. What we know is that “such were some of us.” And thus we remind ourselves of what we are called to do – because “such were some of us” we are not called to say “Thank you God that I am not like that sinner”; instead we are called to say “There, but for the grace of God, go I.” We are called to remember “such were some of us” and God’s response was not to send us to Hell as would have been just; His response was to tell us “You are wrong, and you are loved. Let me show you what is right that you may be saved.” And we are called to say the same thing – not to say “You are wrong, and you are creepy and weird, go burn in Hello.” And it’s not to say “You are loved, dude! No worries! Now give me your accolades and your respect and your acceptance and let’s all be friends. Imagine all the people…” We are called to say “You are wrong, and you are loved. Now let me tell you what’s right, that the powerful, just, loving God of the universe may save your soul.” Because what is our goal? Our goal is not to be predominantly concerned with creating a safe and perfect little 50s-throwback society where we can sit in our little pink houses with little white fences watching “I love Lucy” with sinners that are safe, not gay or transgendered or sexually confused, and non-threatening and incidentally bound for Hell. Our goal is not that they be safe – our goal is that they be saved. Our goal is to sit around in Heaven with redeemed saints, glorifying God that who we were is not who we are – that our identity is not self-conceived, but is in being the results of God’s conception of what would ultimately bring Him the most glory.