Advent: God Is Not Dead, Nor Does He Sleep 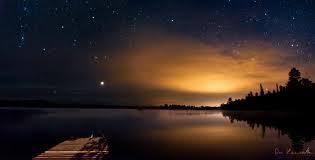 As a church, we, like many other churches of various traditions, are in the midst of celebrating Advent. But what is Advent?

In December 1863, Henry Longfellow received the bad news. Two years after his wife had burned to death — the catalyst for the only prolonged period of his life where he did not write poetry — he received news that his eldest son had suffered a catastrophic injury while fighting in the Civil War. It was Christmastime, and while his wife’s death had caused him to stop writing poetry for a while, his son’s injury and likely death caused him to pick up the pen once again. On Christmas Day 1863, he began to write.

I heard the bells on Christmas Day
Their old, familiar carols play
And wild and sweet
The words repeat
Of peace on earth, good-will to men

The dictionary definition of Advent is “the arrival of a notable person, event or thing.” In Christian theology, celebrating the season of Advent serves a dual purpose: looking backward and looking forward. It allows Christians to take part in a shared communal solidarity with those who awaited the coming of a the promised Messiah. It also causes Christians to look forward, once again awaiting the (second) coming of that same Messiah.

It is sometimes forgotten that the first Christmas season -- the first coming of the Messiah -- was often a story of violence, pain and suffering. Herod ordered the wide-scale murder of infant children in an effort to protect his political power. Joseph and Mary were displaced from their homes and forced to flee to Egypt in an attempt to protect their infant Deliverer. The Jewish people were suffering under oppressive Roman rule. The first Christmas season was neither merry nor bright.

In 1863, the United States was in the midst of what was and remains the bloodiest chapter in our history. Until recently, more Americans had died in the Civil War than in all combined wars in which the US participated. It was an existential crisis; relationships were set aside as brother fought brother. Fellow countrymen put aside their similarities and shared history in order to shoot each other at close range. Half our country died and bled in order to keep fellow humans in chains and bondage. Henry Longfellow was one of many who confronted the collateral damage. His son suffered the injury that would lead to his death because there were some of us who thought the institution of slavery was important enough to have an entire generation die.

And in despair I bowed my head
There is no peace on earth I said
For hate is strong
And mocks the song
Of peace on earth, good-will towards men

At the risk of invoking deja vu, this past year has been a difficult one for American culture. We’ve seen more signs that reports of the demise of racism and discrimination were greatly exaggerated. We’ve seen videos that have highlighted the horror of abortion. We’ve seen mass shooting after mass shooting, including one that was motivated by solidarity with terrorists half-a-world away, and another motivated by white supremacy. The presidential campaigns have forced Americans to wrestle with what kind of country we want to be, and whether xenophobia has a place in American discourse and political structures. The temptation to give into despair at the fact that “hate is strong” is understandable, even normal.

But, as Longfellow reminds us, that isn’t the end of the story. Advent, rightly understood, is not about pretending the world is merry and bright and all is well. It’s a reminder to remember that no matter the pain and suffering that happens to us or goes on around us, we are called to look for a Messiah. Advent is not about merriment; Advent is about hope. Advent is about remembering that a day is coming when a Rider on a white horse will split the sky and finish redemption’s story. Advent is about remembering that just as surely as a Messiah came, he’s coming again to the loud, ringing call of a trumpet.

But still the bells ring loud and deep
God is not dead, nor does He sleep
The wrong shall fail
The right prevail
With peace on earth, good-will towards men

That is our message as we look toward Christmas and the New Year. Our call is to go to the victims of systemic racism and discrimination and tell them of a Savior who has declared that there is “neither Jew nor Greek, slave nor free” and has displayed an indiscriminate love; to tell of a story of perfect justice and perfect mercy. We are called to remember that our history is one of protest, to go to the streets and corners in an attempt to be America’s conscience, to declare that we will not stand by while the helpless born and unborn — the “least of these” — are slaughtered on a wide-scale basis. We are called to go to sinners and display the love and compassion of Christ; to tell them the good news that death has died but Jesus is alive and has provided the grace that can lead them home. And we are called to go to our fellow, broken and redeemed saints, to carry our crosses and live in empathy and forgiveness, no matter how we’ve been wronged or wronged others.

The wrong shall fail and the right prevail. Come quickly, Lord Jesus, and bring peace.