Constrained by the Spirit 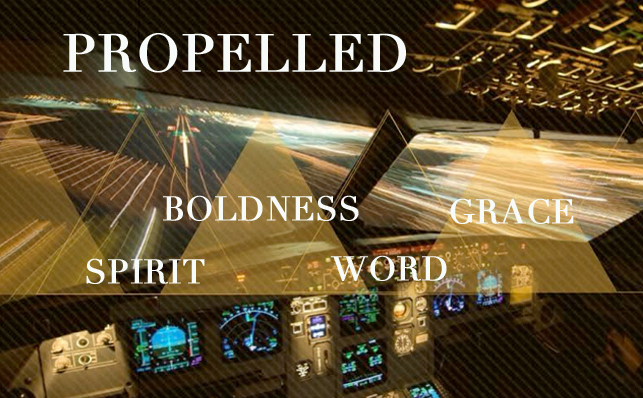 As Jesse explained, there is freedom in constraints and peace in turbulence, where the constraints are Spirit-imposed and the turbulence comes after being Spirit-led. As Christians, we are consistently facing choices in regards to the actions we take, but when we are constrained by the Spirit, our choices will always be to place our hope in Christ alone, and also to advance the mission of the church no matter the difficulties that await. After all, Paul, to the extent that he knew anything about what faced him, knew that it probably included imprisonment and other hardships. As Jesse pointed out, Paul, from a human perspective, had bad news and he had worse news. The bad news was that he didn’t really know what would face him in Jerusalem. Even worse, though, was that what he did know. What faced him would be difficult and hard. Paul wasn’t “constrained by the Spirit” and placing his hope and trust in Christ because the road was easy. He was doing so even though he knew that the road would be treacherous. Navigating a treacherous road, though, was worth it to Paul because the advancement of God’s kingdom was worth it.

Likewise we must all, as a church, recognize that our value is not inherent to ourselves. Our value has been instilled in us by the work of Jesus on the cross. The meaning of our lives is found in the mission that Jesus has given us – we are constrained by the Spirit because we have been bought by the blood of the Son for the glory of the Father, and consequently our lives are not our own. We have been freed from our sin, and we have been commissioned, constrained by the Spirit, to seek first the kingdom of God and its advancement.

Often, we are tempted to place our hope in something other than Christ, and we are tempted to be constrained by something other than the Spirit. We are tempted to place our hope in our health or our wealth, and we are constrained by the balance of our bank accounts or the possibility that our health might be adversely affected by our actions. As Jesse pointed out, we often locate our hopes, fears, anxieties, and efforts into our checkbooks, and we find comfort or lack thereof in our own actions, our own resumes, our own work history. But there is only one transaction worth placing our hope in, and it can’t be found in our checkbooks. The work history that is trustworthy is not anything found on our resumes. The transaction worth placing our hope in was the transaction that took place at Calvary, where the efficacious blood of our Redeemer canceled our debt, and where our sin was exchanged for His righteousness. That transaction was based on the work history of the sinless Son of Man, who was a worthy sin-substitute on our behalf. There is a Deeper Magic that takes place when a willing, blameless victim takes the place of the traitor, a magic that breaks tables, tears curtains, and causes Death itself to work backwards. We are the benefactors of that transaction and that work history, and that is what should allow us to be willingly constrained by the Spirit and to be propelled into the ministry of the advancement of the kingdom of God.