Feminism and the Stay-at-Home Mom 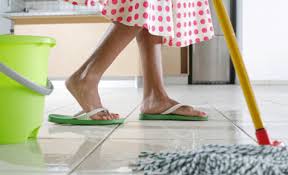 We had been trying for four years to start our family and I was weary. I had been offered an attractive promotion at my job but felt uneasy accepting it knowing that being a stay-at-home mom was my primary ambition.

An “ambitious” mom? In the late 70’s when Helen Reddy’s “I Am Woman, Here Me Roar” was blaring on radios and I was receiving regular mail ads inviting me to join the National Organization for Women?

I talked with my direct supervisor about the promotion. That was many years ago so I don’t remember the details of our conversation…except that she cautioned me not to “waste” my life on stay-at-home motherhood. Then she made some comment about me being smart….

After that interaction with my supervisor I felt more convinced than ever. Her assumption that stay-at-home motherhood was a waste for “smart” women caused me to dig deep into my heart and what I believed about the privilege of investing into my kids and their kids with the best of my gifts and energy. It was settled. I would turn down the promotion. Not only that, Benny and I decided I would quit my job sooner rather than later.

Only God knew that the four years of waiting was already about to come to an end. Just days after declining the promotion and resigning we were shocked with the news that I was pregnant.

My Christian peers and I chose a narrow road back then, one that was filled with misunderstanding and peril. We were “sell outs” whose choice to marry and have kids and stay at home with them — and, oh my!, chain ourselves to our homes by homeschooling them — was the dread of a movement that called women to resist traditional stereotypes and march for equal rights. I marched to a different drum; one that no less called women  to roar, but to do so by laying down our lives for others and finding joy in pouring our lives into our kids.

I knew then and know now I would have made a good feminist. (I would have actually enjoyed being the one to administrate the marches!) I wondered if cultivating a “gentle and quiet spirit” was possible for a Christian woman like me, one who didn’t believe patriarchal stereotypes in the home or wives quietly watching while their husbands “led” by making all the decisions was what the Bible actually taught. And gratefully I have a husband who didn’t believe those things either. Christian culture, I’ve learned over many decades, narrowly defined a lot of things (like leadership and submission in the home) and resulted in some men and women — like Benny and me and many others we know — feeling like outsiders looking into the window of traditional Christian marriage where Mr. always did the finances and made the final decisions (with his wife’s quiet counsel, of course) while Mrs. did the laundry and made sure she looked nice when Daddy got home.

I recently read a blog post entitled, “The F-Word: Why Feminism is Not the Enemy” by Amy Peterson that articulated some of what I’ve quietly believed for years but only rarely communicated. She does a good job discussing “the three waves of feminism” in America. Feminism though, was seen as something categorically anti-Bible by the church, the point of blame for abortion on demand.  But as Peterson points out, “...the feminist movement of the sixties gave us Roe V. Wade, but it also gave us funding for girls to play sports, protection for women against domestic abuse, and the establishment of rape crisis and battered women’s shelters. It brought us closer to equal pay for equal work.”

I don’t know a single Christian woman who wouldn’t support those changes. But I also know few who are comfortable being called feminists.

I don’t want to be called a feminist not because I don’t believe in much of what has been earned through the hard-fought battles of those who would have joined my supervisor in warning me not to waste my life on full-time motherhood. I don’t want to be called a feminist because there are simply too many stereotypes and definitions with which I utterly disagree. But the fact is with feminism came choice, and my choice was to have babies and stay home taking care of them. I have absolutely no regrets about that decision. It was exhausting, and there were days I envied peers who walked out of their homes nicely dressed and came home at the end of the week with a fat check that said what they were doing was valuable while my week ended with more laundry and no money for McDonald’s.

It's true, though; feminism isn’t the enemy. A movement many women like me despised forged a path of benefits for its haters. My daughter earned a college scholarship for which she would have likely not even been able to apply decades ago because women were willing to fight for her future. I’m glad I didn’t join the marches because I was at home wiping faces and refereeing squabbles and teaching little ones phonics and snuggling newborns. But I’m grateful that my daughters and granddaughters and I stand on the shoulders of those who did march and labor to forge a new path for us.

I’ve often wished I could find that supervisor who thought my choice to go home was a waste. It surely wasn’t. It was one of the best decisions God called me to make and then gave me the needed strength to obey year after tiring year. My husband and I have come out of the closet of doing life and marriage according to extra-biblical rules that impose the personal preferences of a vocal few, and have come to peace with that. And it’s no one’s fault but ours that we lived in that closet. People were sincerely trying to love us by questioning how we did marriage, and we learned a lot of valuable stuff about ourselves in the process. I still believe men have a distinct call from God to lead in an overall way in marriage and women have a distinct call to voluntarily trust God by submitting to the loving leadership of “worthy husbands” (I see you, John Piper). I also believe, though, that women have God-given leadership gifts and that husbands and wives are called to first “submit to one another out of reverence for Christ” (the phrase immediately before wives submitting to their husbands in Ephesians 5). When feminism was the enemy, we struggled to figure out what our strengths and gifts looked like in a marriage where one did all the leading and the other did all the submitting. Now we talk more and assume less. And sometimes our talks end with what could be defined by others as role-reversals.

Oh, but even during some years of closet living I loved my life. I loved being the anti-thesis of stereotypical feminism in the 70’s and 80’s, a woman who chose to marry young and be a stay-at-home mom and homemaker. The “waste card” was a ticket to freedom for me, freedom to pour into my home and family 24/7, and to come to see the amount of smarts and energy and gifting it took to do that.

And that's why I'm still doing it, even years after realizing that feminism isn't the enemy.  Yes, I'm working as the part-owner and account manager for an IT firm and starting a photography business and taking online CCEF counseling classes. But I'm primarily still committing myself to being a wife, mother and homemaker, and to raising a generation of grandkids to love Jesus and serve the church. Because that's my calling. That's my vision. That's what I love. Hear me roar.

Sheree, Thanks for being such a wonderful mentor to me and so many women over the years. This is another example of women thinking biblically about what the Lord has called them to do.