The following is an adaptation of a message preached by Benny Phillips called "Hope for the Bruised and Exhausted", preached from Isaiah 42:1-4.

In the lands around Palestine reeds grow in abundance, particularly along the edges of the Jordan River. They have fragile, hollow stems and are easily knocked over by the wind, rough waters or animals that come to the water’s edge to drink. Once a reed is broken, it can’t be fixed. Whereas other plants may repair themselves, reeds cannot. 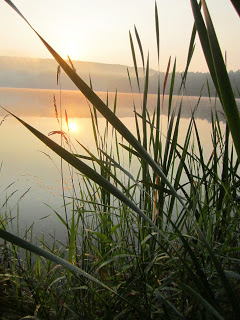 Like reeds, people can become bruised, hurt, knocked over, easily. We can be knocked over by life, broken relationships, disease and sickness, by the thoughtlessness and carelessness of other people. There are many people that are bruised, broken, and hurting, all around us, living next door, shopping where we shop, playing where we play.

Jesus came to have an impact, not on reeds but on people. He did not come to break a person who was already bruised or knock down a person who was already bent low with the difficulties of life. Unlike a reed, which cannot be fixed, Jesus is able to bind up our broken lives. He gives us new strength, and applies healing salve to our damaged lives. He came softly and gently to mend the broken reeds of the world.

Jesus did this throughout his ministry. The leper of Matthew chapter 8 was a bruised reed. He was diseased, cast off by society, shunned by everyone, destined to a slow and terrible death. But Jesus came and touched him and his life was forever changed!

The demon-possessed man in that same chapter of Matthew 8 was also a bruised reed. He was living among the tombstones, naked, tormented, cast out by society. But Jesus came and touched him and his life was forever changed!

The woman caught in adultery was a bruised reed. She was about to be cast away by society, stoned for her sin, and they would have been justified in their stoning according to the laws of their day. But Jesus came and touched her and her life was forever changed!

The woman with the flow of blood was a bruised reed. She was in pain, weak, weary, an outcast from society. She thought she would touch Jesus, but instead, Jesus touched her in a way that she never dared hope. Like the others, her was forever changed!

Jesus changes lives. Has he healed you?