Being a "First-Responder" Christian

We all remember watching in awe as helpers rushed to the site of the twin towers. Firefighters, law enforcement, pastors and priests, rescue dogs and public officials ran to assess and assist. In the fog and despair lives were risked and lost to help victims while a grateful country watched and prayed. 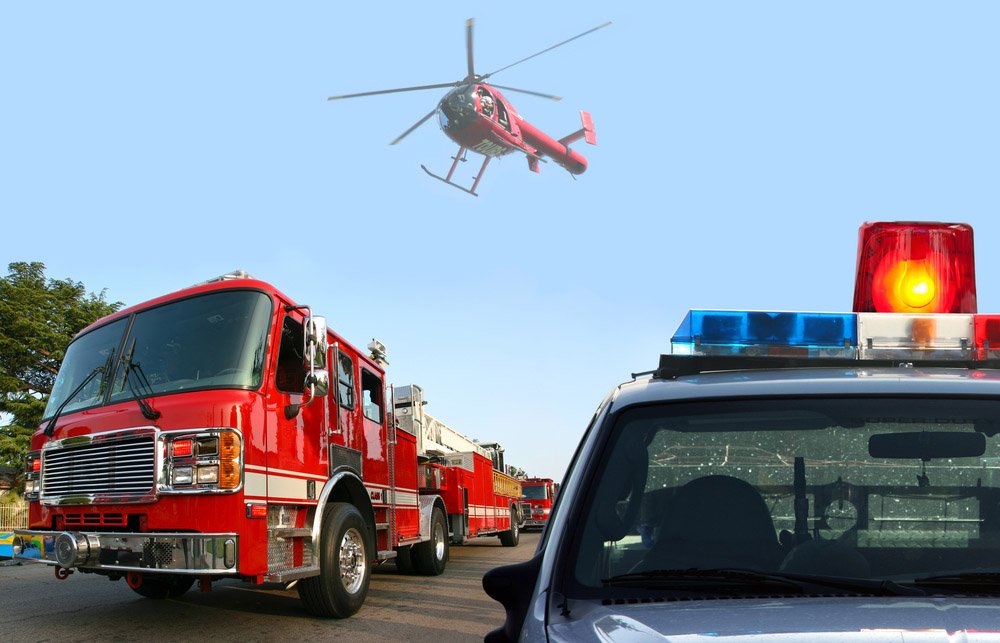 But what about the thousands of first-responders whose stories will never make network news or whose heroic efforts happen day after otherwise normal day in homes and churches and neighborhoods? While I write and you read this 3-minute post people will die, get bad news, experience debilitating anxiety, become injured, have their hearts broken, and wish it could all be over. And those who rush to their aid will never be on FOXNews or CNN...and wouldn’t want to be.

It was Christmas Eve in Land ‘O Lakes, Florida when the fire broke out. Kara and her mother Aline were trapped inside when flames rushed through the small structure. Within minutes the roof collapsed and they didn’t know what to do.

When firefighters arrived and heard from neighbors that two women were in the house there was no hesitation. They rushed in to rescue them. This is what they had given their lives to. This is what they had been trained to do. And when the women tracked them down to thank them, their response was, “We were just doing our job. Our thanks is just seeing you here and well.”

Seeing the pictures online was moving for me. How did these women survive the pile of melted, twisted metal? The flaming, collapsed roof? The downed and sparking electric line?

They survived because first responders showed up and did what they had been trained to do.

A first responder is someone who rushes to the scene of an emergency to provide critical assistance to the hurting or needy.

The church is full of hurting, disoriented, sufferers who have either suddenly or over time found themselves in crisis.

• Her worst fears are confirmed: he’s been committing adultery.
• His boss just told him the company is downsizing again, and he won’t make it this time.
• Another baby is being lost to miscarriage.
• They got the test results and the cancer is spreading like wildfire.
• Her fiance broke off their relationship with no warning.
• They just learned their child is in a same-sex relationship.
• Her long term depression has resulted in a suicide attempt.
• Mom and dad are getting a divorce.

When flames of anxiety, uncertainty and disorienting sorrow invade the lives of those we know and perhaps even love, we usually respond with common mind-numbing perplexity: "What should I do? I don’t want to say the wrong thing! What if they don’t want others around right now? I can certainly pray! But what else might help? Ugh, Lord help. I don’t know what to do!"

As a pastor’s wife, I’ve walked through many fires with sufferers over the past four decades. And I’ve had my own share of scorching trials that have found me reeling with sorrow and foggy uncertainty. The giving and receiving of first-responder love has been one of the richest means of grace I’ve experienced, and so I pass along these considerations to help build a culture of grace and care in your local church.

First, trust your instincts. You may not feel you’ve had adequate training to be a first-responder, but you have. As believers, the Spirit of God -- the Counselor, Comforter and Companion to sufferers -- lives in you! None of us know just what to do when fire ravages the life of someone in our church family, but “His divine power has given us everything we need for a godly life through our knowledge of him who called us by his own glory and goodness” (1 Peter 1:3).

Second, any response is better than no response. During a lengthy trial in my life and family some years ago, people were understandably confused about whether to reach out or not. “Others are caring for her,” they assumed. And some were. But suffering (especially when it comes on suddenly) often leads to even the most well-meaning among us becoming paralyzed to inaction. I remember the first-responders who showed up at my door during those awful weeks and months, but I also remember the notes, voicemails and hugs from those who just said, “I’m thinking about you.”

Third, avoid the “let me know if there’s anything I can do” offers. Most often sufferers don’t know what they need. Being the one to have to think through our own care is one of the hardest things about trials. Pray and do whatever you think God puts into your heart -- and trust the results to Him. Your hurting friend or the person who hardly know at church will likely be grateful just to be thought of. I promise.

Fourth, don’t expect thanks. One of the most painful things about seasons of suffering in my life is when friends became offended if I didn’t acknowledge their service or initiative. Research first-responders online and one of the things that characterize them is just what Kara and Aline’s helpers said: “We were just doing our job.” If you embrace the incarnational call to be a Christlike first-responder, then one thing that will authenticate your calling is a silenced expectation of gratitude. This is something God has been working into my life -- the insidious belief that suffering people in my life will or should have the strength to thank me is typically selfish. Why did Kara and Aline want to arrange a time to thank the firefighters? Because the day of the fire they were too shaken and afraid and confused and tormented to do so. Gratitude is not the intended hope for true first-responders: seeing the person survive and move on with their life is.

Fifth, remember that first-responders are also there in the good times. One of the most intriguing things about Facebook to me is that I notice “likes.” Did I just type that? Do I seriously post things hoping people will “like” them? Am I that self-aware??? Ok, I just admitted that when I post something about how much I love motherhood and adore my (all grown up) children, I want them to see it and maybe even say, “Awww, thanks Mom. I love you, too.” When people are there for us when something fun or exciting happens in our lives, we appreciate the support almost as much as when there’s a fire.

Oh, how this touches my heart! Having been both a first responder and needing one has been a teachable issue for me! Until I needed a first responder, I never truly viewed it correctly or knew what to do. But God, in His kindness allowed my sufferings to bring about compassion and action to others and not be afraid of the silence so to speak, or if I "did it right" . Thank you so much for sharing! Beautifully expressed :-)

Clear, consise, and comforting word. Thanks so much for sharing. May we all rise to the challenge of doing what Jesus did and has called us to do.