How Do You Solve a Problem Like Kim Davis?

Eds. note: Jake wrote this piece last week.  To avoid getting caught in the thicket of instant analysis and #HotTakes, we've waited until now to publish.  After writing the piece, Jake noticed that the libertarian think tank The Cato Institute (which, not for nothing, is mostly funded by the Koch brothers) argued in a similar fashion.  We are linking here. 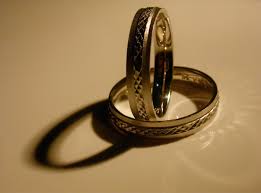 “Poor soul. He was just too high-strung.” Doc Holliday, Tombstone.

Over the past few weeks, the decision of a Kentucky county clerk to refuse to issue marriage licenses to gay couples (thus defying federal law and the directive of her state governor) has caused a proverbial explosion in politics and society. Some have (unfairly) dismissed Kim Davis as a uneducated bigot. Others have (incomprehensibly) compared her to Rosa Parks, hailing her as a hero willing to stand by her convictions.

The extremes are easy to dismiss. Hannah Andersen, on Christ & Pop Culture, helpfully pointed out that classism (particularly towards poor, rural whites) is perhaps the last socially acceptable safe haven for bigotry. Michael Gerson destroyed the notion that Kim Davis is even remotely comparable to Rosa Parks. But there’s a plethora of opinions and issues somewhere between those two extremes that are complicated for a Christian to sort through. At what point do our personal convictions dictate our response in the public sphere? What is and isn’t our obligation to the state? Is religious conviction a legitimate excuse to disobey government law? How do we resolve the tension between our command to submit ourselves to the governing authorities and our call to live out our faith with fear and trembling, recognizing the difference between what man can do to us and what God can do to us?

Russell Moore has, perhaps more clearly and effectively than anyone else, criticized modern society’s tendency to overreact, become outraged over conduct that is not particularly outrageous, and attempt to appeal to the worst tendencies of human nature. A lot of the hoopla surrounding Kim Davis encapsulates this unfortunate hallmark of today’s culture. This situation is complicated and nuanced; in other words, it doesn’t lend itself very well to instant analysis. Paul did instruct us to submit ourselves to the governing authorities; also, the First Amendment exists. But I think whether Kim Davis should or shouldn’t issue gay marriage licenses isn’t all that important. Justice Scalia’s argument, I think, is irrefutable. If, as a public official, you cannot fulfill the laws of the country you represent, then you must stop representing that country. Resign.

Convince your fellow citizens that the law should be changed; petition the government. If worse comes to worst, lead a revolution. But first, resign.

That, I think, is the easy part. A good argument can be made that Kentucky could have avoided this whole mess in the first place by enacting procedures to protect clerk’s consciences (similar to North Carolina). But they didn’t, even though they now seem to be accepting a similar situation functionally (deputy clerks are issuing marriage licenses that say “pursuant to state and federal law” rather than using Kim Davis’ name and the Kentucky governor has said they substantially comply with state law and are valid). And, of course, there’s an incredible amount of hypocrisy evidenced by those decrying Davis’s actions while ignoring similar conduct from those who happen to have similar ideologies. Kim Davis probably belongs in jail, but then so does the mayor of San Francisco, the federal agents refusing to enforce federal drug laws, and judges refusing to enforce the death penalty. I happen to believe neither federal drug laws nor the death penalty should be enforced, and that gay marriage is not a biblically permissible arrangement. But civil society ceases to exist when laws can be enforced or not enforced based on the personal preferences of the people responsible for enforcing the law.

As another example, let’s assume for a second that one day I end up a judge (I know, I know – the horror). And let’s say a case comes before me where a prosecutor builds a case of murder. He definitively proves that a child was killed as the result of a premeditated, calculated decision. The alleged murderer hated the child, was disgusted that he or she ever came into being, and would stop at nothing to see he or she killed. They planned the death of the child, went through with the decision, and hired someone to kill the child for them. The defendant waived their right to a trial by jury, and now I’m convinced. The evidence is clear. At the very end of the trial, the prosecutor says: “Oh, and just as a minor note, the child was located in the womb of the mother, and the hitman was a doctor. The state rests.” My obligation is clear, notwithstanding any personal preference, even if Ted Cruz and Mike Huckabee would opportunistically hail me as a hero if I unlawfully convicted the defendant of murder.

But again, that’s the easy part. Most Christians aren’t in positions of authority whereby they are responsible for enforcing unbiblical laws. Our ethical dilemma usually arises when we are required to obey a law our consciences won’t allow, not when we are required to enforce it. As I’ve argued, in terms of enforcement, our responsibility is clear – resign, and lead a revolution.

What is our obligation as Christians then? How do we resolve the tension between submission and conviction in those instances?