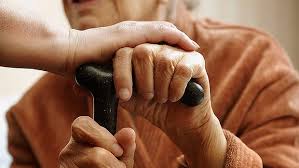 Up until a couple of weeks before the birth of my son, Silas, I worked full time as an orthopedic nurse in a large hospital in Orlando. I took care of a large number of people, 90% of whom had surgery to fix broken bones; people who had been in horrible car accidents, people who had broken bones from slipping and falling at Disney, and a large population of the elderly who came in for broken hips. But there is one patient I will remember vividly, and they weren’t there for anything orthopedic.

Every so often we would receive medical patients from other units that were too crowded. This meant that, as a nurse who specialized in bones, these patients were often an anomaly. This particular woman was awaiting test results to see if she had cancer.

When I arrived that morning it was obvious from the scans that the cancer was throughout her entire body. I’m not an oncologist by any means, but even I could see that it wouldn’t be long before she passed away. However, to my surprise, no one had yet informed her or her family of the situation. So throughout the day I awaited her doctor who would inform her of her impending death. It was not an easy day.

When he did get there in the early afternoon, I assumed that he would tell her. However, because of some miscommunication between he (the attending) and the oncologist, this doctor assumed that she already knew of her diagnosis. As usual whenever the attending rounded, I followed him into my patients room, and made sure I was there to hear any orders. I witnessed his surprise when he realized that they didn’t know of her diagnosis. I witnessed his compassion as he sat on her bed and explained to her the news. I saw a very busy man hold her hand while he told her she had weeks to live, and she and her husband reacted strongly to the news, with tears and wails. He left the room, but I stayed.

All my years of nursing school couldn’t prepare me for what to say or do for this woman and her husband. I wasn’t an oncology nurse, so I didn’t encounter this type of news often (the patients who were on our unit with broken bones from bone cancer almost always knew they had it when they arrived.) I had a brief moment of panic…what do I say? What do I do?

We’ve all been in these situations, haven’t we? Being at a loss of what to say. Having no clue how to comfort someone who was grieving. Being the one that others want to lean on for support, yet feeling that we need support ourselves! I knew that as a medical professional, I didn’t necessarily need to do or say anything. I know a lot of really good nurses who would have left at that point to let them grieve, which wouldn’t necessarily have been wrong. Yet as a Christian, I felt that Christ wouldn’t have left them to their grieving.

That’s when I remembered Lazarus. Jesus wept when he heard of his death, grieving for his friend when he knew that in a few short hours he would raise him from the dead. I remembered Romans 12:15, “Rejoice with those who rejoice, weep with those who weep.” I remembered the truth…that the Holy Spirit is the Great Comforter, and can do what I was completely inadequate to do.

So I sat on the bed and prayed for her, and cried with her. I prayed the Gospel. I don’t know if they were Christians, but I do know that as I prayed she clutched my hand tightly, laid her head on my shoulder, and sobbed. When I finished praying, I left the room. I have no idea what happened to her. She was transferred off my unit, so the next day when I got there she was gone. But that few short moments I spent with her I will always remember.

God met me using that one woman and her tragedy. Where will God meet you?