I Will Offend You 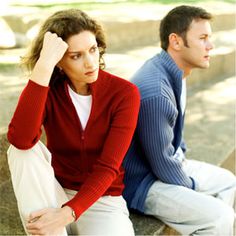 I will offend you. And you will offend me. This is the harsh reality of life as a part of God's eternal kingdom while still living in our sinful flesh as inhabitants of our broken world. As brothers and sisters in Christ we will offend each other, and it will likely happen often. I wish this was not true, but both experience and Scripture validate this hard truth (see Matt. 18:21-22). And this is all the more the case in lieu of the seemingly heightened level of sensitivity and emotional fragility of our culture.

I was made freshly aware of this in a recent conversation with a friend. He explained with sober-minded conviction how this truth was affecting him, and some of its implications for understanding life in the local church. It was actually very encouraging! He was explaining how he should expect to be offended as he grows in relationships with fellow believers, and how to respond biblically when offense comes. What encouraged me is how he's preparing himself for the inevitable by waging war against unbiblical expectations. I believe we should do the same. So I want to look at what Jesus says about how to approach offenses in the church so that we're prepared to respond biblically when they come.

Perhaps the key to how Jesus says we are to approach this fact of church life can be summed up with the term pursuit. As his disciples, Jesus wants us to faithfully pursue one another when there are offenses between us. This is at the heart of what Jesus commands us in Matthew 18:15-22. As he says in verse 15, "If your brother sins against you, go and tell him his fault (emphasis added)." Notice that he doesn't say, "If you sin against your brother, go and confess." No, he puts the responsibility of the pursuit on the offended person, not the offender (see also Matthew 5:23-24). Now if you're like me, you might initially be put off by this. Shouldn't the person who sins pursue the one he or she has offended with his or her sin to ask forgiveness?!

Theoretically, I think it's a great idea...and yes, if someone knows that he or she has sinned against someone he or she should absolutely pursue the one he or she has offended (James 5:16). But think about this practically. How often does someone know whether or not he or she has offended another person? How often do you walk away from a conversation wondering if you've offended someone? Aside from immediate revelation from the Lord, the only person in an offensive transaction who can know that an offense has occurred is the offended party... And when we are offended by a fellow Christian, believing that we have been sinned against in some way, Jesus tells us that we must pursue that brother or sister for the purpose of relational restoration.

So where does this crazy, counterintuitive idea come from? Why has God ordained that the offended pursue the offender? Because that's precisely what God did in the gospel. Because "while we were still sinners, Christ died for us" (Rom. 5:8). While we were in a perpetual state of offense against God, God faithfully pursued us so that we would be restored to Him. And God is more concerned with the gospel being highlighted in the restoration of relationships between His people than with any discomfort or awkwardness that might come with telling a brother or sister in Christ that he or she has offended you...this should be our main concern as well.

So let me ask: Has someone within the church offended you recently? Has something that someone said hurt you? Have you been put off by a seemingly condescending tone or inconsiderate remark? Has someone said something that left you wanting to simply avoid him or her? Maybe there's someone who for whatever reason you just haven't wanted to interact with for months, or years, and you don't even know why... With your eyes on the pursuing love of God towards you, would you approach that person? Would you consider telling that person that there is a perceived offense against you? Would you then explain how you are concerned with restoring the relationship with this person at all costs because God has restored your relationship with Him at an infinite cost? If this is you, you have a unique opportunity to highlight the worth and beauty of the gospel. So go...pursue!

What is Important This Christmas Part 1: To Sit at Jesus Feet

Waiting and the Mercy of God

Toward a Better Understanding of Suffering: Part 2

Toward a Better Understanding of Suffering Part 1