Image is Not Everything 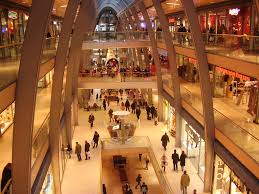 Our culture gets it wrong when it comes to women and image. That is no surprise, and much has been said on the topic. Recently the Huffington Post did a piece on what tabloids would look like if they treated men the way they treated women. Westminster College has a well-researched article about beauty standards, women in the media, and how women internalize the “thin-beauty” standard.

It seems that although the culture admits there is a problem, they still buy into the lie that if you are thin you are prettier than if you are fat, if you have blonde hair you are more attractive than if you don’t, and having no skin flaws makes you sexier. And I’m not even touching on the anti-aging issue. One top health website has an article about top ten anti-aging tricks.

Walk through a mall and not only will you see advertisements all over stores about beauty standards, but you will see a young generation that is literally buying into the lie that image is everything. Now that I have a son, I want to teach him how to respect women and not objectify them. Lord willing, if I have any daughters I want to teach them to love how God created them and not have an unrealistic view of their body type. Yet the competing voices of the media and their friends will tempt them to not listen to Mom and Dad, and to go sell their souls at the altar of image. They will have to wear certain clothes. They will have to have certain hairstyles. My daughter will have to start wearing make-up at nine. She will have to have sexy underwear from Victoria’s secret in middle school…the list goes on, and it tempts me to fear. How will I raise godly children in this culture that is at war over their hearts?

I think it goes beyond just teaching Silas to not objectify girls, and I think it goes beyond teaching any future daughters that they are beautiful no matter what. It goes fundamentally deeper; to the very identity that God has given us not just as Christians, but also as humans. Because at the heart level, sin takes what God created good and twists it to be something it wasn’t meant to be.

Genesis 1:27, “So God created man in his own image, in the image of God he created him; male and female he created them.”

In order to teach our children about God and themselves, we as mothers (and fathers) must understand these things ourselves. And it must come from hearts that have been affected by these truths, and not just words regurgitated from Scripture or big books like Systematic Theology. We can’t expect our children to take us seriously if they don’t see the truths we teach them modeled in the way we live our own lives. I can’t expect Silas to respect women who aren’t beautiful by the world’s standards if he hears me talking about how ugly someone is if they are larger than others, or if they have acne scars. I can’t expect any future daughters to be comfortable in their bodies if they hear me bemoaning the extra weight I carry around on my own body, talking about how ugly I am.

The culture says that image is everything. God says He Himself is everything. Sin says we need to look a certain way, act a certain way, and buy certain things to be happy and to have the correct image. God says that a certain Someone came and did what we couldn’t; he perfectly reflected God, was completely sinless, and did the complete opposite of what the world thought he should do. He allowed himself to be crucified to show the culture, and us, just how far the distortion of sin reached, and just how serious God took the lies we believed that the world’s image was better than His image. And even still, with the resurrection and seal of God’s approval, Christ still has a human image, one that we will have also, that will once again perfectly reflect what was once distorted in Eden. Hope is never completely lost in the kingdom of God. While we wait for the perfect image to be restored, let us show our children and the world that even now, in a fallen world, we can still accurately represent God and his kingdom by not buying into the cultures lies. There is only one image that matters, and it certainly isn’t the one we have been bombarded to believe. It isn’t a transitory, ever-decaying image; it’s an everlasting one. And it points directly to the One seated on the throne, with his Son placing his feet on the world as his footstool.

Thanks Jake! I knew there was so much on the topic, but it seems that we are focused on the wrong thing when we focus on the external instead of the internal issue.

Well said, Missy. This is a very important issue, and your post is an excellent contribution to the discussion.