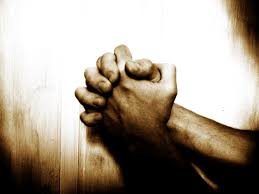 As a church, we should rightly value humility. Jesus was humble; we should also be humble. My favorite passage of scripture (Philippians 2) commands us to take on the likeness of Jesus, who was so humble that He “did not count equality with God something to be grasped.” That is indeed an unfathomable level of humility. I have no qualm with humility. My concern is that in a laudable effort to be humble, we sometimes have an unfortunate tendency to internalize illegitimate criticism and thus attain a regrettably false humility.

WHAT DO I MEAN BY “INTERNALIZE ILLEGITIMATE CRITICISM”?

Let’s use an (entirely fictional) account of a man named Bob. Bob is perceptive, sensitive to the Spirit, and bold. He perceives shortcomings, in his own life and in others, and, when prompted by the Spirit, addresses and brings up these issues with his close friends. Sometimes he does so in a way that is blunt and direct. His friends and family occasionally don’t appreciate Bob’s perceptions. They criticize Bob for being arrogant, for thinking he knows everything, for thinking he’s better than everyone else. Bob doesn’t think he’s better than anyone, and he doesn’t think he knows everything. Perhaps he is arrogant in the way that he expresses his opinion and perceptions at times (like me, or you, or 99% of the world). But still, he internalizes the criticism, both of his arrogance of opinion and expression. He thus stops challenging his family and friends and those he knows well because he is the chief of sinners, and the heart is desperately wicked above all else, and he probably is arrogant, and maybe sometimes he does think he knows more than he actually does, and so on and so forth.

This is not humility; this is capitulation. It is succumbing to the pressure of others, and it is evidence of someone who fears man more than he fears God. And it is certainly not loving towards others. When we internalize illegitimate criticism and allow it to affect our decision-making, we inevitably hurt both others and ourselves.

WHY DOES “INTERNALIZING ILLEGITIMATE CRITICISM” HURT OURSELVES?

We hurt ourselves because we begin to ignore the prodding of the Spirit. As an example, some have been led by the Spirit to study the Scripture, history, and culture, and then to write about modesty. Recently, there have been a myriad of blog posts about how emphasizing modesty contributes to the rape culture. The line of reasoning is that emphasizing modesty is necessarily emphasizing female bodies. Such emphasis objectifies female bodies in the same way that pornography, unrealistic beauty standards and frat boys objectify female bodies, and thus contributes to the rape culture in the same way. And, honestly, it’s probably true that some legalistic modesty standards do this very thing – but you know what else contributes to the rape culture? The idea that a women’s self-confidence can be directly traced to her willingness to wear a bikini; the idea that if you’ve got it, you should be able to flaunt it; the idea that if we don’t talk about standards and decency and modesty and biblical notions of self-control, that the rape culture will go away. But what if someone who writes about modesty in a godly, thoughtful and careful way reads arguments from evangelical Christians about how emphasizing modesty contributes to the rape culture, and is convinced by the logic? What if that person feels bad that they have emphasized modesty, and have thus contributed to the rape culture? What if they internalize that criticism and begin to believe it about themselves? If they do, they aren’t being humble, or open-minded, or properly understanding freedom – they are abandoning those that God has called them to serve.

(Side note: in no way am I implicitly arguing that women are responsible either for the existence of the rape culture or for making it go away. The rape culture is almost entirely the fault of men; my only point is that blaming the rape culture on those who write about and emphasize the necessity of modesty--most of whom are women, by the way--makes about as much sense as blaming women because they wear short skirts. If emphasizing sexual expression and the freedom for women to wear whatever they want is not to blame for the rape culture, than neither is emphasizing modesty, in and of itself).

WHY DOES “INTERNALIZING ILLEGITIMATE CRITICISM” HURT OTHERS?

It hurts others because it doesn’t serve them or help them. Sometimes people criticize others because there is a need for criticism. Sometimes it is legitimate and necessary. But sometimes they criticize others because they don’t want to hear what is being said, because they are rejecting help or conviction, and because they are blind to areas of deficiency in their lives. By internalizing the criticism, we are conceding the point, and we are functionally making it true. Let's say I criticize someone because they go out an drink on Saturday nights instead of staying home and preparing their hearts for the corporate Sunday meeting. What if this person is spending time with a non-Christian who is genuinely curious about Christianity and is only available on Saturday nights; and they find talking over a couple of drinks more comfortable than sitting at Starbucks? If my criticism is internalized the likely result is self-righteous self-congratulations on my part and someone who was winsomely sharing the gospel being silenced.  If I criticize someone for being arrogant when they speak into my life about my racism (I have black friends, hello!) and they stop speaking into my life, I will assume they saw the error of their ways and will go on blaming black crime and race-baiting liberal hippies for the problems of race relations in America while I post videos of black teens punching a white person while asking WHERE IS JESSE JACKSON NOW!?!?

THE EXAMPLE OF PAUL

Paul was consistently criticized; Paul was also someone who considered himself the chief of sinners. Although I don’t know Paul personally, it seems pretty evident that whatever his faults, he didn’t have an inflated sense of ego. When Paul was illegitimately criticized, did he internalize that criticism? Did he try to find the shreds of truth in the otherwise illegitimate criticism? Did he say “well, you know, I am the chief of sinners, and no one truly knows their own heart, and I’m sure there’s something to your perceptions”? Luckily, we have the answer, and it’s found in 2 Corinthians 11 (hint: he did not).

When Paul was criticized for not being a good speaker, for being confrontational in his writings but weak in person, and for being foolish and unloving, he responded by completely rejecting the criticism (with sarcasm, no less), and did not try to find one shred of truth in the illegitimate complaints. “I do not think I am in the least inferior to those ‘super-apostles.’ I may be untrained as a speaker, but I do have some knowledge.” He later said that “[a]s surely as the truth of Christ is in me, I will continue this boasting of mine…and I will keep on doing what I am doing in order to cut the ground from those who want an opportunity to be considered equal to us in the things they boast about…I repeat: let no one take me as a fool. But if you do, then tolerate me just as you would a fool, so that I may do a little boasting.” Paul is not only rejecting the criticism whole-heartedly, he is sarcastically calling others “super-apostles.” He is doubling-down on his activities and his truth claims.

If someone criticizes you, take it seriously. Be humble in your response; they might be (maybe even probably are) true. Go back and study Scripture. Evaluate your conscience. Ask godly and mature friends and family members for their perspective. But if your conscience, other friends and family members, and most importantly Scripture are in agreement that the criticism is illegitimate, do not internalize and begin to believe the lie that it is true (see what I did there?). Do not allow it to persuade you to cease your Spirit-led and God-glorifying activities. Do not fear the opinions of men more than the commands of Scripture and the leading of the Holy Spirit. As Plato once said, “[w]e can easily forgive a child who is afraid of the dark; the real tragedy of life is when men are afraid of the light.”

I wrote my Sin & Grace Project paper for CCEF on this very topic. I'd discovered that I was using other's observations of me as a barometer for godliness in my life, instead of trusting that His sheep know His voice. God alone is Comforter and Convicter. And if I honestly ask Him to reveal sin in my life, I can be confident that He will!

I called it "the fear of disollusionment." That I couldn't see my life clearly, and was actually crazy. Yet, I wouldn't/didn't consider that other's observations or motives might not be what was clear.

So grateful for a God that speaks to us, and close friends who know us deeply and help us sort through the thoughts/process.