Last Thursday we had Community Group (our church’s small group ministry) in our home. This is not the group we typically attend. In fact, it was our first time with them since our new church started them two months ago. Benny opened the meeting by reviewing the purpose of our groups: to grow in biblical fellowship by learning how to incarnate the love and hope of Christ to one another. After some brief comments he asked if anyone in the group had anything happening in their lives for which they wanted help. 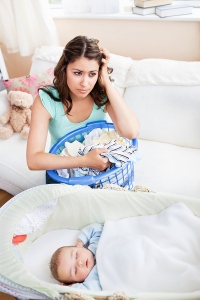 After a brief pause, Kristin (not her real name) spoke up. Because she is new to both Christianity and to the group, I was impressed by her humility and the obvious grace she had witnessed in the group the prior time she had attended. Who would so easily open up their life to a group of people she doesn’t know well — unless she had witnessed the compassionate care she now desired to personally experience?

Kristin humbly shared concerns and disappointments about her marriage to Scott (who wasn’t present) but did so without putting him in a bad light. She started by communicating her eagerness to focus on her own weaknesses because she understands the only person she has any control over changing is herself. I didn’t know this young woman, but I was already inspired.

As she described weaknesses in how she and Scott communicate, my heart was warmed when Benny and other men in the room identified with Scott. This prevented Scott from being “the bad guy” as several husbands empathized with his responses and thinking, and wives admitted they struggled similarly to Kristin. What grace.

Group members also asked helpful, compassionate questions about her struggles. She responded to each with gut-level honesty. As a young woman expecting her second child in less than two years, it became apparent that she is in a tough season. Martial strife and anger, pregnancy nausea, fatigue, and financial stress are taking their toll on this new Christian.

“Sometimes I get so upset I just have to leave. So I go outside, sit in my car and read my Bible. And God leads me to something that helps me to know what needs to be fixed in me. I can’t fix my husband but I know God can fix me.”

How inspiring that such a young Christian facing weighty challenges could be so open and have such a healthy dose of self-suspicion! She is also running to God, rather than becoming bitter that becoming a Christian didn’t solve all her problems. Amazing. Individuals in the room communicated how inspired they were by her humility. Even her honesty wasn’t without an understanding disposition toward a husband toward whom she regularly struggles with disappointment and anger.

Then someone asked Kristin if she felt God’s biggest priority was to “fix” her.

You see, Kristin grew up in a religious system where doing or praying the “right” thing was a focus. That night she wanted to know what she needed to do to change. Her desire to focus on herself rather than her husband is impressive, but the fact is their marriage is hard. They are both suffering from patterns of sin in themselves and their spouse. They’re weary. Frustrated. Angry. Disappointed. Financially strapped. Young and inexperienced. And another baby is coming soon.

When someone asked Kristen what one thing she most wanted to see change in her marriage she said, “Our communication. Even when we’re sitting together on the couch watching TV I feel alone. I just want him to listen to me. To care about what I’m saying. To understand what I’m going through. But my overreactions and anger aren’t helping. I understand why he doesn’t want to talk to me sometimes because our conversations start with me being angry.”

A woman in the room went back to Kristin saying she needed to be “fixed” by God.

“Kristin,” she began, “You obviously see that your angry outbursts and over reactions to situations are hurting yourself and your marriage. And you’re right. But God is helping you to see this and it’s an evidence of His grace that you have eyes to see the affects your sin patterns are having. Yet I’m not sure God’s priority right now is to fix you. I think what might be most important to Him is for you to know He loves you.”

Kristin needed to hear that what she is looking for — attention, affection, a listening ear, comfort, companionship — will never ultimately come from Scott. Yes, Scott needs to grow. By God’s grace, he will learn how to more tenderly care for his wife. But chances are that’s not going to happen anytime soon. Two of the ladies (representing me, too!) were able to share how common her and Scott’s struggles are by admitting similar temptations to anger and criticalness.

And even if Scott changes, God is the only One who will always love her; always be available to listen to her; always care about what she says; always accept her. Because of His death on the cross, she is forever loved and cherished, even though she gets angry and has become bitter toward her husband.

As these thoughts were shared, Kristin began to cry.

“I came tonight hoping I could get help. I thought that people would tell me I need to stop nagging and being so angry at Scott, which is true. But God is saying He loves me even though I’m sinning so much? That just makes me love Him more.”

Speaking the truth in love to Kristin means telling her the whole truth. The gospel truth. It’s true that her pattern of sinful anger and bitterness is eating away at her love for Scott (like his sins are equally hurting their marriage). It’s true that she needs to change. But it’s also true that God loves her. He looks on her with favor, acceptance and tender care. He is never angry or frustrated or wearied by her talking or impatient or selfish. And His power is at work in her to help her to go from seeing her sin to experiencing real and lasting change.

Scott will never be God to her. There is only One who is capable of loving her endlessly and perfectly.

As peace settled onto Kristin, one of the guys spoke up. He shared that unlike Scott (and other husbands in the room…smile) God always wants to hear her talk and that she didn’t need special prayers to communicate with Him. “Just talk to Him like you did to us. Pour out your heart to Him and He will always listen. Don’t feel you have to say it the ‘right’ way.”

“How did you know what I was thinking?!?!?” she exclaimed. “I was just going to ask for prayers I can pray to have this kind of relationship with God.”

Oh, how I love the active presence of the Spirit of God when His people gather.

I know this post has been long. Thank you for your patience. But it’s not enough to read about “speaking the truth in love.” Kristin’s story shows us what speaking gospel truth to one another can look like in a real person’s real life circumstances.

Yes. That’s the gospel. And I saw it in action last Thursday night.

Is Kristin’s story your story?