By Benny Phillips and Jacob Phillips 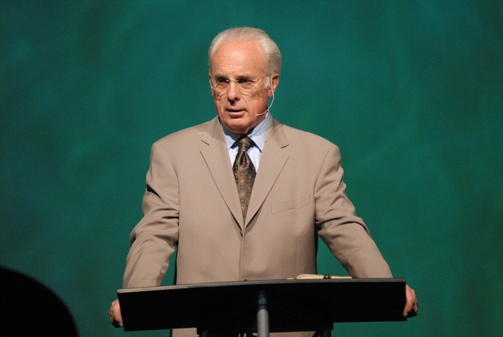 John MacArthur caused a stir in certain corners of evangelicalism recently with his conference “Strange Fire”, which included such luminaries as Phil Johnson and R.C. Sproul. The main point of the conference, at least that I can gather, was to defend and espouse a cessationist pneumatology while criticizing those with continuationist/charismatic perspectives on pneumatology, either for their excessive and dangerous practices and methods (in MacArthur’s opinion), or for not doing enough to speak out against other charismatics and continuationists.

I have a couple of thoughts in response, but it’s important to note at the outset that I feel no need to respond with a technically theological discussion. You can read my blog on Sovereign Grace Ministries website to see the practical outworking of my pneumatology. Bright men on both sides have made a biblical view supporting their perspective. I commend their arguments and dissertations for your consideration if you are not yet convinced in your own mind, but I feel no need to get into a one-sided debate based on the lectures delivered at Strange Fire.

1. There’s no need to overreact to John MacArthur’s overreaction 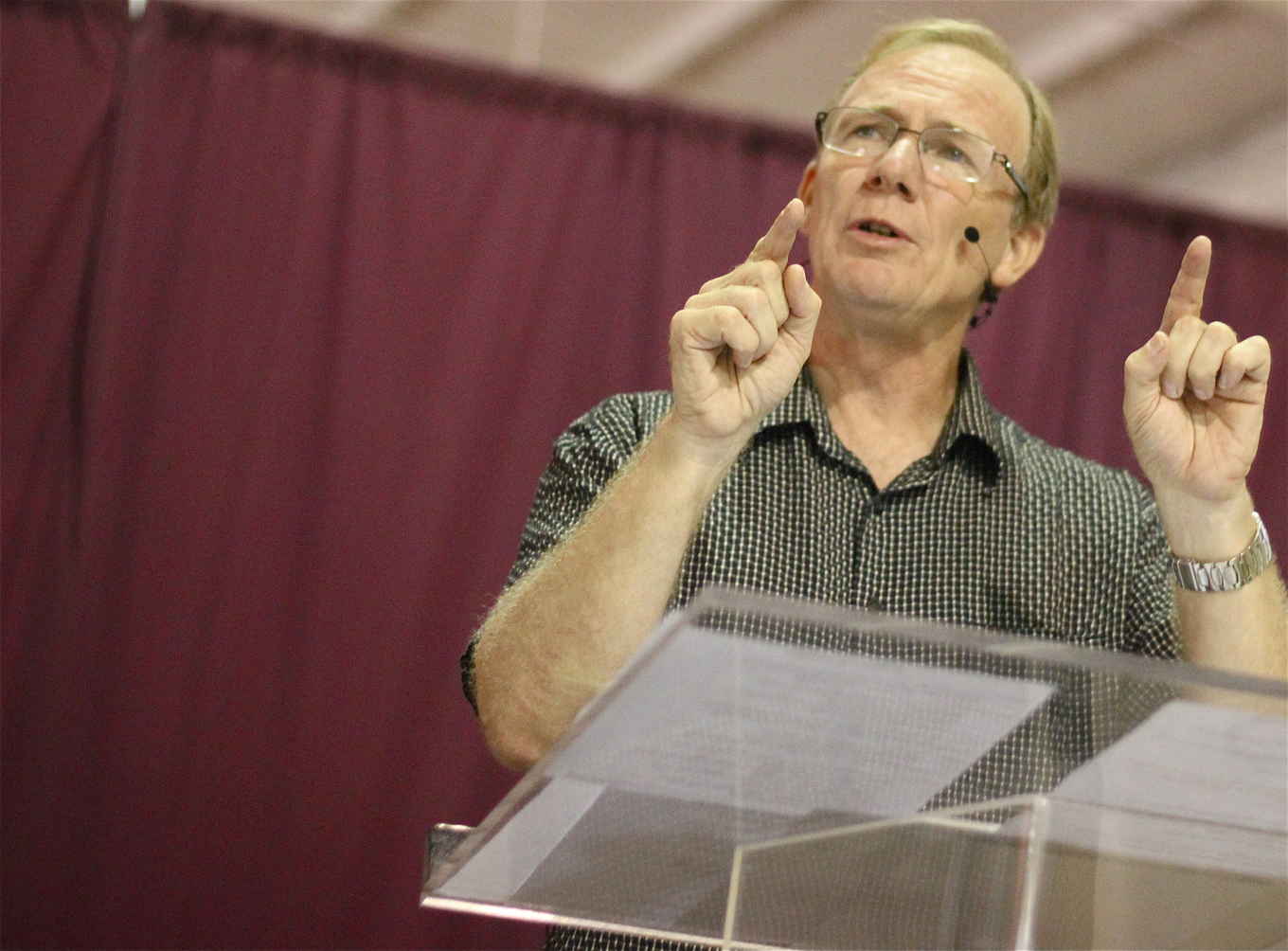 MacArthur, of course, made several sweeping statements that I personally think are indefensible. His statements regarding “identifying the flock” and doubts about he salvation of most of the charismatic movement seem particularly dangerous. However, we are not bound by the language and “there’s us, and then there’s them” perspectives of MacArthur and those that agree with them. John MacArthur has contributed several excellent works to the Christian literary world, and his work during the Civil Rights movement was absolutely commendable. We can, and we should, remember and focus on the ways in which we agree with John MacArthur, and avoid rejecting his stellar work because he has a perspective on our pneumatology that is unbiblical, a perspective on our practices that is naïve, and a perspective on our movement that lacks nuance.

2. Some of MacArthur’s criticisms are legitimate, and some are illegitimate

MacArthur is correct, of course, when he points out that there are those among the larger charismatic movement that are excessive, dangerous and perhaps charlatans. An argument could be made, and perhaps it would be correct, that charismaticism lends itself to those sorts of leaders in a greater way than does other theological positions. The way to respond, in my opinion, is simply to point out those with continuationist pneumatology do speak out against others with continuationist pneumatology, in the same way that some Calvinists speak against other Calvinists.

There’s no reason that conservatives, when espousing some conservative position, need to say “but you know, those Sovereign Citizens guys are crazy, and they need to go away.” People understand that holding similar theoretical beliefs does not, in and of itself, bind people together in any significant way. Otherwise, John MacArthur needs to consider the fact that he has NEVER, to my knowledge, disavowed any association with Timothy McVeigh. So let’s come up with comprehensive and thoughtful responses to criticisms, whether legitimate or not.

3. Most importantly, the tenor of our dialogue with those with different theological beliefs should be one of love

The biggest problem with Strange Fire, in my mind, was not the cessationism being espoused and defended. The biggest problem was not that they used a public platform to criticize other Christian leaders. The biggest problem was the tenor of the language. And that is what we, as a church, need to avoid. Redeemer Church does not need to be a church that calls out those that disagree with us in overstated and reactionary language. The body of Christ is not served by focusing more on the secondary disagreements than on the fact that we are preaching Christ crucified. Of course, there are theological positions and practices that are dangerous, and the wolves in sheep’s clothing should be called what they are. But which is more dangerous, mistakenly calling a wolf a sheep, or mistakenly calling a sheep a wolf?

We live in an era, with social media, conferences and disposable income and time, where it’s easy to criticize, easy to judge, and easy to find others wanting, and to spread that opinion to a vast amount of listeners. This can be done as a church or a movement of churches collectively, and it can be done individually on personal social media accounts. Let’s make sure that our speech is edifying and that our opinions and perspectives on others are marked by grace and charitable judgments.

And yes, I know I'm using the internet to criticize right now. Keep in mind this is a response to a public criticism levied against likeminded churches and designed to help us think about the issues, not specifically to respond to Mr. MacArthur.

I wish Strange Fire had never happened, and I’m not going to apologize for continuationist pneumatology. But as for us, let’s continue to focus solely on Christ crucified, raised again, and ascended into Heaven; let’s be grateful that He sent another to help and guide us; let’s be willing to, empowered by the Holy Spirit, go out and preach the gospel to a lost and dying world. To paraphrase a Kansas song, everything else, our disagreements and conferences and critiques of each other and passive-aggressive subtweets and blog comments, are just dust in the wind.

Obviously I meant "Call men unto himself..." haha.

I hope that the conference was edifying and encouraging to you personally. I think I can speak for both myself and Dad in saying that I'm not sure that our concern is with any degree of "harshness" since we certainly never actually used that word. And you are right that we did not attend the conference, although we have listened to the lectures, or at least some of them. Our concerns were the ones we shared in the post, although we don't expect everyone to agree with them. We definitely agree that God's desire is to call him unto himself and that there are no second-class citizens in the kingdom of God. Praise God for that. If you have any concerns with what we wrote in the post, we'd definitely love to hear them! Thanks for commenting!

I just couldn't depart your site before suggesting that I extremely loved the usual information a person provide on your visitors?
Is gonna be back steadily to check out new posts

I attended the conference strange fire. I find it interesting that all the comments about strange fire on the internet that are falsely accusing harshness did not attend it. John truely loves God. His hearts desire, and he repeated it many times at the conference, is that God would draw people unto Himself, not to a movement. God was the theme, true Biblical teaching about ALL men that are called by His Spirit and repent are Spirit filled. Nothing less and nothing more. No second class Christians in the kingdom of God.

This is really helpful Benny. Grateful for the way you think about these issues.

A UK fan of your wonderful family.

Love the last paragraph! Thanks, guys!

Great thoughts Dad. I agree that the criticism from Cessationists that "cautious" charismatics need to do a better job policing the movement lacks any sort of compelling explanation for what that would look like other than repeatedly denouncing the charlatan's and heretics and prosperity teachers, which already happens.

Statement Regarding the Terror Attack at The Pulse

Kingdom Living: Let Your Word Be Your Bond

Love That Changes Us - Then and Now