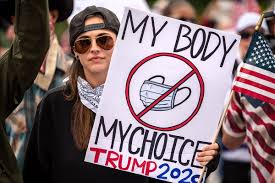 This is an essay about how the people whose politics are different than yours are hypocrites. Are you excited? I hope so. Before we get to the red meat, however, will you partake in a quick soup-and-salad appetizer about discipleship?

There is a difference between difficulty and cost. Sometimes, following the commands of Scripture is easy – for example, it is usually easy for us to not murder someone who insults us. One of the hallmarks of the teachings of Jesus, however, were to take easy commands and make them difficult. Not murdering someone because they insulted us is easy, but not being angry at them is less so.  To follow the commands of Jesus is usually difficult. And sometimes, to follow Jesus’ commands is not only difficult, but also costly. So, what’s the difference?

Let me explain with a little discourse about how hypocrisy is a part of human evolution (in a how-we-went-from-cavemen-to-Tesla-drivers sense, not in a Big-Bang sense). There is significant value in appearing moral but significant cost in being moral, which means the ability to obtain the value of appearing moral without paying the cost of being moral is a desirable trait in that it will lead to success. But in a complex society, success is also a scarce good – even back when humans roamed around in tribes, there were (inherently) more people than desired roles or jobs within the tribe. Before mankind became cooperative and coordinated, exposing flaws in others meant very little – all that really mattered is that you were better at hitting someone in the head with a rock, or better at killing the buffalo than your competitor. But as we became more cooperative, it mattered less whether a person was good at something – far more relevant was whether a person was better than someone else, and, eventually, even more important was that others thought a person was better than someone else. Thus, the ability to identify and expose flaws in others became a desirable trait, because to do so made it more likely that you were the one who obtained the desired goal or job or position.

Thus, there is value in being a hypocrite, established over centuries of developing societies, and it is inherent to our human nature to easily recognize (and condemn) hypocrisy in others, while recognizing our own is nearly impossible. In fact, studies from the University of Chicago showed that children develop the ability to perceive hypocrisy (and consider it worthy of condemnation and punishment) around the age of six or seven, well before other types of critical thinking.  This plays out on the individual level, as well as with groups. As kids grow they develop more of a sense of self, which usually makes his or her parents the primary other. No one is more attuned to hypocrisy than a teenager with their parent(s).

At the group level, this leads to all sorts of predictable dynamics. No one is more attuned to a group’s hypocrisy than an ex-member. No one is more excited about group rules than the outsider who has just been initiated. There is (typically) an inverse relationship between the tightness of a group and its ability to handle critique, because every critique feels personal. It tempts individuals to view even internal critique as an attack and a mark of insufficient loyalty.

All that to say, Jesus warns against hypocrisy because of these dynamics, not in spite of them. We are called, as believers, to not be hypocrites. This goes against our sinful nature just as much as the other things Jesus says earlier on in the Sermon on the Mount, like “Therefore I tell you, do not be anxious about your life, what you will eat or drink; nor about your body…” (Matthew 6:25). This leads to another distinction between difficulty and cost. Difficulty is specific, while cost is general. In other words, to give a homeless person $10.00 might be difficult, but it is probably not costly. To be a generous person is costly. To be kind to your kids when they barge in and interrupt you during the end of the latest episode of Better Call Saul is difficult. To be consistently kind and complimentary to co-workers competing for the same promotion is costly.

It is difficult to avoid hypocrisy and, as we have seen, because hypocrisy can be a key to obtaining social success, it is costly to not be a hypocrite. Which is unsurprising, because if holiness and righteousness were always socially-desirable traits, then to follow Christ would not require taking our cross and dying to ourselves. Jesus warned us that to follow him would be difficult precisely because the things he requires are counterintuitive to our very natures, but also because it would prevent us from achieving the material and worldly things that we want. If the things that lead to worldly success were also the things Jesus said would mark his disciples, there would be more disciples. Thank God for the grace He provides to grow in obedience, and His patience as we slowly conform to His likeness, because our sinful nature makes obedience difficult and costly.

Thank you for indulging in the soup-and-salad. The medium-rare T-bone is now ready, so let’s move to how everyone who disagrees with you politically are wrong, silly, and hypocritical. As we do so, let’s keep in mind that some things are easy, some are difficult, and some are costly.

On the “Easy” list is being pro-life. If you are reading this blog, you probably believe aborting babies is wrong, its legality and ubiquity is a huge blight upon our country, and Roe v. Wade should be overturned. Congratulations. The people who disagree with you politically are wrong, and you are right. I have even better news for you – most of them are also hypocrites.

Here’s why: those who believe abortion is not immoral and should continue to be legally permissible argue that we have personal and bodily autonomy upon which the state cannot infringe. My body, my choice. What we do with our bodies is our choice, and we are not obligated to preserve a life that entirely depends on our bodies. They believe that to obligate someone to sacrifice their personal autonomy and economic freedom merely because another being cannot otherwise survive is not morally and should not be legally required. And yet many of those same people believe the state should be shutting down the economy and should restrict our freedoms because of COVID-19. The freedom to travel, to assemble, to practice religion, to work, to contract – all can be infringed or prohibited merely to prevent the spread of a virus and to protect life.

This is rank hypocrisy! If other lives are more important than our bodily autonomy and economic freedom, if our obligation to others is more important than our individual freedom and ability to make choices about what we do with our own bodies, then abortion is wrong. So all of your political opponents who support abortion and believe the state cannot tell us to use our bodies to preserve the life of another and who also support the “COVID-19 shutdown” and believe the state can tell us to use our bodies to preserve of the life of others are not only wrong, they are hypocrites. They have specks in their eyes.

While you are chowing down on that delicious steak I just gave you, can I introduce you to some peas and carrots? Because I have some bad news. Many of the people who agree with you politically (and perhaps you as well) are also wrong and hypocritical. What’s good for the goose, we must admit, is also good for the gander.

Many “pro-life” conservatives have taken the position that the government’s response to COVID-19 is not only unconstitutional, it is immoral and wrong. The state cannot prevent me from exercising my rights merely because there is a pandemic, they say. I cannot be forced to wear masks or to shut down our businesses or to stop going to parks and beaches just because others might get sick or die. I’m not afraid – I’m a warrior! I will not wear a mask because I want to prove that the gubmint does not control me. Sure, there are those who are vulnerable, sick, old, infirm, but this is America, and if I want to go to the beach, or the store, or a park, or to shake someone’s hand, or not to wear a mask, I’ll do so. Don’t tread on me! My body, my choice.

Do you see how that perspective is hypocritical for essentially the same reason as before? Those of us who are pro-life when the topic is abortion respond to the aforementioned argument by declaring “No!” We argue that while it is true that we have personal freedom and rights and the ability to make choices with what we want to do with our own bodies – even the right to drink, or smoke, or play football, or other things that might be harmful to them – that right is not absolute. Abortion is wrong because the right to personal autonomy and choice and freedom does not trump the rights of others. Many of us believe this is not only true morally, but also legally. Many of us believe that not only should Roe v. Wade be overturned (meaning there is no “right” to an abortion) but that laws should be passed prohibiting abortion. Many of us believe that the state can restrict abortion for the same reason it can prohibit people from driving too fast, smoking indoors, etc. – because that we have rights does not mean the state can't prohibit the exercise of those rights if it puts others in danger.

That isn’t to say that the contours and scope of our behavior and the government’s reaction is obvious or unassailable. There are trade-offs to everything, and the extent to which we fight a dangerous pandemic must take into account the economic impact on the working-class and the poor and the ability to provide for our families and our loved ones. If we literally shut down our entire society and economy, we’d probably basically stop the spread of the virus, but we’d also destroy the livelihoods of the vast majority of the country, and would likely significantly increase deaths of despair among those whose lives were ruined. If we did nothing, the economy would likely become a lot stronger, but the disease would spread exponentially and many more lives than the already-incomprehensible 65,000+ would be lost to it. Clearly, the right approach is somewhere between those extremes.

But there are some clear guideposts for those of us who are pro-life and followers of Christ. Our personal freedom and autonomy is abridged by our obligation to our neighbor. The wellbeing and safety of others is our priority. And if your perspective is that your individual rights to autonomy and freedom cannot be restricted or infringed by the state for the protection of others, and that no government is going to tell you to wear a mask or where you can and cannot go, then I would respectfully submit that you are being a far better American than disciple.