Obsessed with the Cross 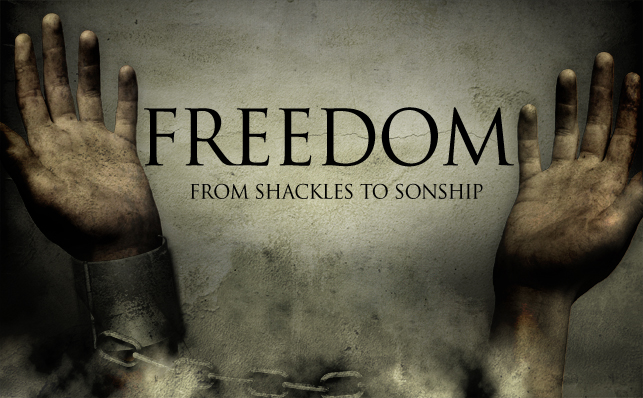 Benny started his message by making the statement that most people know what you’re obsessed with. It’s clear because you live devoted to you obsession. It may be coupons, exercise, drinking. He said that he wears a lot of Auburn University stuff, and the Washington Redskins (but not so much this year!)

Paul, who wrote Galatians, is wrapping up his letter. At one time he had been obsessed with religion. But Paul had been set free from that obsession, which had been replaced with another obsession, Jesus Christ and the grace Paul received through him. Paul has addressed three issues in this letter to the Galatians:

1. His authority ― his message was to be normative for all believers.

2. What it means to be saved ― justification: what we do and what has been done for us.

3. Why we must work to be holy ― because we’re redeemed, we must obey the Word and the Spirit as God sanctifies us.

Men from the Jerusalem church were telling the Galatians, “If you want to be saved, you have to believe in Christ’s death for you on the cross, and you need to be circumcised into the Jewish faith.” Paul was saying this mark of Judaism was no more. We (Christ-followers) bear the marks of the cross. (Many people had witnessed the physical beatings Paul had received for his faith. They knew he was a marked man.)

This is not a friendly, warm letter, like Paul’s other epistles. It begins with “I am astonished that you are so quickly deserting the one who called you by the grace of Christ” (Gal. 1:6). Paul is saying these men from Jerusalem came to stir up trouble. They preach the cross, but they are boasting in their religion.

Their message is the cross plus (v. 12). Their boast, their confidence, was in circumcision, allegiance to the old religion. Anytime you add to the sufficiency of the cross, whatever you add becomes the agenda, the obsession.

Their motive was man-pleasing (vv. 12-13). You cannot live in fear or praise of man and put God first. The cross puts an end to our pride (which is the basis of legalism). The gospel strips us of all merit and reveals we are completely dependent upon Christ’s sufficiency to approach and please God.

But let’s be careful not to condemn the Judaizers too quickly. Back in Jerusalem the church was being harassed. Christians were beaten and jailed. The Judaizers saw the only way they could prevent persecution was to be circumcised. This would appease the Jews ― but it would have turned Christianity into just another subset of Judaism.

Their outcome was an empty boast (v. 13-14). The Judaizers were demanding that the Gentiles keep the law, which they themselves were unable to do.

Boasting in the cross of Christ

Paul said he boasted only in the cross of Christ. What is boasting in the cross? It’s an obsession with the cross. According to John Stott, to boast is “to glory in, to trust in, to revel in, to live for.” Paul didn’t boast of his eloquence, his influence, his education, his vocation. His strange obsession was in the cross.

For the past 2000 years we’ve iconized the cross. We wear it as jewelry, home décor, a logo on clothing. To the Romans, crucifixion was disgusting, despicable and disgraceful. Paul is preaching the cross to a Romanized culture, asking the Galatians to identify with what they would have considered a common criminal, Jesus Christ. This founder of their new religion had been executed as a lowlife criminal or disenfranchised slave. Yet Paul is preaching a message about the offense, triumph and wonder of the cross. The disconnect with their natural reaction must have confused people. Paul was obsessed that on the cross Jesus saved us, redeemed us, took our sin, justified us and brought us into the new Israel, the people of God.

Circumcision means nothing, he says. The old religious mindset is gone. What counts now is a new creation, the transformation Christ works to make us a new person, loved by, pleasing to and accepted by God. We glory in, boast in, revel in not just the message of the cross but the event itself. The history of the church is marked by groups that ripped the heart out of the faith and turned it into a dry, formal assent to a list of doctrinal proclamations. I want my obsession, my glory, my boast to be in the cross. This means two things:

1. I need to be crucified to the world and the world to me. To the world I should look like a rejected, despised, worthless thing. Christians who believe in self-denial and preach the gospel look like dead people to the world; fools at best.

2. I need to bear the marks of the cross. Paul’s refers to “marks” (scars) in verse 17, a disgrace before the world. His obsession was such that he bore the marks of that obsession. What was disgraceful to the world was precious to God.

The Jewish brothers from Jerusalem had come saying, “We and you believe Christ died for our sins, he lived a sinless life, he rose from the dead, he satisfied God’s wrath against our sin ― but we can’t have fellowship with you because we’re different. Paul’s response: “That is not the gospel. I’ve been imprisoned, beaten because of what I believe. I bear the marks on my body.” Will you?”