Our Journey to Redeemer

Proverbs 14:15 says, "The simple believes everything, but the prudent gives thought to his steps..." 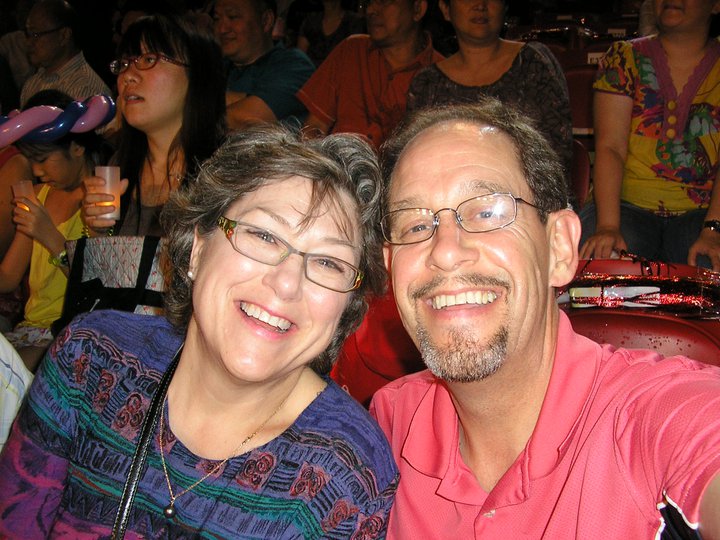 Since 1998 we have been blessed to be members of Sovereign Grace Church of Fairfax, Virginia where we have been in periodic contact with the Phillips Family and the Ecelbargers. We have enjoyed mutual friends in the Fairfax area for over 15 years. In this time Yvonne and I have known and believed in our hearts that our eventual earthly destination would be......Central Florida. But how we came here in this time, and in this season in our lives, is really quite amazing. We believe our steps have been orchestrated by God, and we also believe that we had to take a big step of faith in trusting that God would take care of us in this process.

During her younger years, Yvonne had lived in Titusville, Florida, and my early military career put us in the Jacksonville area in the late 70's and early 80's. We left Jacksonville in 1984, and at that time Yvonne firmly believed that she would not ever come back to Florida to live. However, my mother and father have lived in Winter Park since 1981, so my position was slightly different. About four years ago, God revealed something to Yvonne that changed her heart about living in Florida. She was stunned by this revelation. So, back to Proverbs 14:15 I went......I was trying to be prudent and thoughtful on how could we return to Florida in His perfect timing.

As one might expect, I began walking in my own power (not God's power and grace) - I started trying to exhaust all my options with regards to relocating to Central Florida through my job. From 2008 to 2011, I applied for several positions in Tampa.  I was considered to be the best candidate three times, and even accepted for one of them. But for some reason, God closed the door - firmly! In the most recent application (2012) - the position I was offered was literally pulled out from under me. Now we began to think, "Are we doing the prudent and right thing? Are we trying too hard?" Around January of 2013, Yvonne and I began to seek the Lord for His wisdom and help. We prayed.

In the midst of all our efforts, something really exciting happened.  It was about November 2011. A Pastor, whom we had an association with in the late 90's arrived at my local church in Fairfax, VA. He preached a wonderful message on church planting and how God is equipping Him to start a new church in the Lake Nona area. His name was Benny Phillips.....during his message I believe that God revealed to me a prudent plan. So, as he concluded his message, I could not get up fast enough to speak with him! The excitement in our hearts was overwhelming. Benny and I then began to have a conversation about the notion of becoming part of this church plant.

Over the years I have found out something about my God.  He is patient and deliberate. For almost two years, God helped Yvonne and I to wait patiently on His perfect timing. We experienced God's grace as we began examining all the options and possibilities. Now we came to a 'step of faith' and believed that God would take care of us during this process. There were a series of events that would materialize that helped Yvonne and I understand quite clearly that He is in control! Not us!

Over the last 18 months we have had several lunch meetings with Benny and Sheree Phillips - not just meals - but exciting and joyful meals. We had been filled with excitement in the potential, but God was not ready to reveal the whole story - yet. We last met again in May of this year and believed that God was ready to move us. But we had thought it would be in early of 2014. However, all of a sudden in mid June, God said, "The time is now!" (Sep 2013). So, miraculously, in the space of two and half months, God helped us sell our home in Alexandria, and sell our 8 acres in Grayson County (SW Va)....another amazing story for another day. All in all, to summarize, we were in Virginia "moseying along" in June 2013, but by the end of September 2013, Benny and Sheree were here helping us clean our home on Narcoosee Road just before we moved in! God was swift and precise. Everything aligned perfectly as only God can orchestrate.

To get here took a big step of faith. We had to just trust God. How are we going to support ourselves financially? Can we 'retire' from the work force? The good news is this - He has shown us that we can trust Him financially - and we are all set for the foreseeable future. But the better news is this - there was never a doubt in our hearts about how we would be supported and sustained spiritually - we believe that this is the most important piece.

We were able to visit Redeemer Church a couple of times.  The minute we walked into this body of believers, we cherished the worship, we sensed that the Holy Spirit is here, and we could see that this community of believers loved the Lord. Immediately, we knew we were in the right place. Also, we have not been left wondering if there is an opportunity to be used by God in serving in His kingdom - we are being used already! We are thankful to God in how He has shown us His love, His patience, His precision, and ultimately His grace. We are not here by accident. We are here to fulfill His purposes for His glory.

In conclusion, we know that we are here to serve in whatever capacity is needed to help us all grow as a body of believers. Yvonne and I would be remiss if we did not thank God for Benny and Sheree's patience, prayers, lunches and hospitality as we made this transition. We are so glad to be here.