Pray for France. Pray for Lebanon. 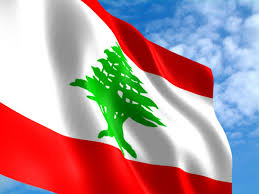 Many poignant, powerful pieces have already been written regarding the victims of the attacks, particularly those in Paris.  We won't pretend that the world needs a small church in Lake Nona to add another thinkpiece.  That's not our goal today.  Our goal today is simply to encourage our members to continue to add their voices to those crying out on behalf of those mourning in Paris and Lebanon.  For everything there is a season, and now is a time to mourn.

And there's a specific, theological reason to mourn; to post #PrayforFrance (and hopefully #PrayforLebanon), to change our Facebook status's to another country's flag.  They aren't empty gestures, or meaningless hastag activism.  Announcing our solidarity with those who have been dehumanized at a fundamental level is a way to reject the hatred inherent in the attack; it is, in other words, a recognition of our shared humanity.

Which is why those pointing out the difference in media coverage and social media activism regarding Lebanon versus that of France are making a perfectly valid point; it's not merely some subset of the Outrage Industry, or the self-righteous posturing of those who always have to be cynical.  If the public pronouncement of our solidarity is a specific recognition of our shared humanity, then when one country gets mostly ignored while another gets an overwhelming outpouring of love, it's not surprising that some would wonder what is determining the "shared" part of our humanity.  Western civilization has an ugly history of colonization, enslavement and oppression of the non-Western world.  We must be careful to not implicitly (however unintentionally)  perpetuate a denial of the humanity of those who are not like us.  Pray for France.  But pray equally for Lebanon.

As our friend Victoria Melendez so eloquently said, "I don't believe in hierarchies of pain and suffering.  The world is hurting right now." Pointing out that Lebanon (and Kenya, and Syria...) deserve our thoughts and prayers just as much as France does is not AT ALL to say stop posting about France.  On the contrary, post about France more often! Continue to explicitly and implicitly recognize our shared humanity - our inherent worth as image bearers of God! By doing so we subvert the message of hate that these specific terrorists were attempting to deliver.  It's only to say that perhaps we should be doing the same with Lebanon.  In some ways, it would be even more subversive.

Since midway through the 16th century, the largest bell in the largest cathedral in the City of Lights has sounded a clear, beautiful, haunting note on countless occasions.  Emmanuel, the name given the bell, still hangs in Notre Dame, and still sounds that note.  He lasted through the vandalism of the radical phase of the French Revolution. He lasted through the bombs and hatred of Nazism.  And he's still there today.

Yesterday, he rang out again; still clear, still beautiful, and perhaps a bit more haunting than usual.  He rang to announce three days of mourning in Paris.  But even more so, he announced our shared humanity with France and with Lebanon.

"Each man's death diminishes me,
For I am involved in mankind.
Therefore, send not to know
For whom the bell tolls,
It tolls for thee."