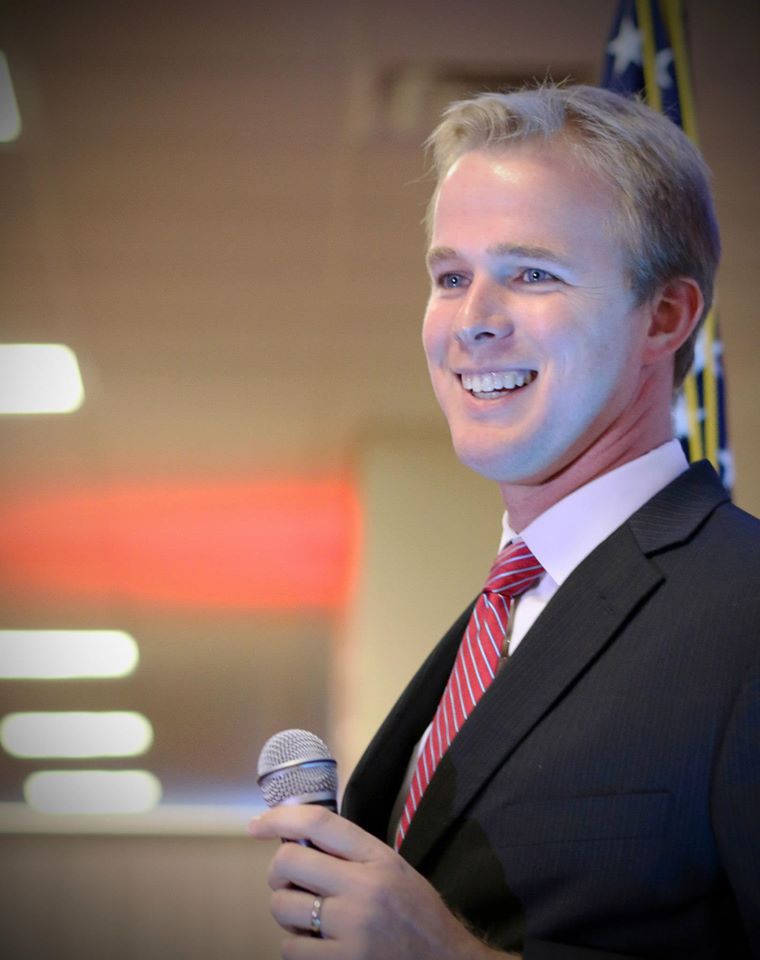 Sunday was an historic day at Redeemer Church, as we celebrated the ordination of Jesse Phillips, son of Pastor Benny Phillips and his wife Sheree. Numerous visitors were present for the service, including guests from Metro Life Church, Orlando, where Jesse grew up and was called to ministry.

After a time of worship, Pastor Benny introduced the ordination ceremony. Two weeks earlier, he said, he and Jesse attended a regional Sovereign Grace Leadership Conference here in Orlando. There, an ordination council reviewed Jesse’s calling, preparation and biblical qualifications for ordination as a minister of the gospel. Regional elders confirmed Jesse’s calling and readiness.

“There’s a comprehensive work of grace that qualifies a man to leadership in ministry,” Benny said. “We believe Jesse is qualified for pastoral ministry according to the requirements of 1 Timothy 3:2-7 and Titus 1:5-9. We believe Jesse’s role in this church is suitable to be called as a pastor/elder.”

Metro Life Church Pastor Danny Jones spoke next. “I am here to confirm my personal experience of Jesse’s qualification for ministry,” he said. “I watched him grow from a baby in arms to a man I literally look up to.” Jones told of Jesse’s selfless example when serving on staff at Metro Life. The church was undergoing financial challenges and Jesse volunteered to step off the staff so that more experienced pastors and their families could continue on support. “That shows the kind of character of a man you can follow,” Jones said. He also honored Jesse’s wife Rebekah, who likewise grew up at Metro Life, “a godly young woman.” Concluding, he turned back to Jesse and said, “It is my distinct honor to be here and to fully support your ordination to this church.”

Pastor Benny then read 2 Timothy 4:1-5 and presented the following charge to Jesse:

1. Preach the Word. Hold to the Scripture as the inerrant and infallible Word of God.
2. Be ready in season and out of season. Be ready at any moment to stand up and proclaim the truth, whether that word is received or not received.
3. Preach the Word with conviction. Don’t fail to tell people exactly what the Word has to say, even when it is hard. Reprove and rebuke when necessary. Always exhort.
4. Do this with complete patience. Through this process you demonstrated a patience for what God is doing in your life. You’ve continued to fulfill God’s calling on you without any guarantee of financial support.
5. Never let people turning away from the truth affect your teaching of sound doctrine.
6. Do the work of an evangelist. Never get discouraged.
7. Be sober-minded, endure suffering and fulfill your ministry.

Pastor Benny then presented the charge to Pastor Jesse, in a series of questions.  To each question, Jesse affirmed, “I will.”

Citing Hebrews 13:17, Benny also charged the church to obey and submit to Jesse’s leadership, as he teaches and keeps watch over them.

The service concluded with installation prayers by Pastors Benny, Danny and Joe, who laid hands on Pastor Jesse as they prayed. Three attendees gave spoken words confirming Jesse’s calling and the challenges he has faced honorably in service to Christ’s church.