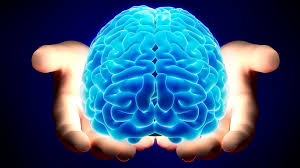 (Eds. note: this post by our own Bob Putman was originally posted over at Converge. It is republished here with permission).

Last Wednesday my wife and I took in the first episode of The Brain with David Eagleman (PBS). In the words of The Week, “Neuroscientist and author David Eagleman wants to be the Carl Sagan of your inner cosmos.” He’s off to a good start.

In this six part series, Eagleman draws on clever experiments and captivating computer-generated visualizations to communicate otherwise difficult concepts such as the mechanics of visual and auditory sensations, how we construct memories and our sense of reality and much more. The ‘Wow’ payoff is huge. But like Sagan, Eagleman attributes the remarkable capacities of our brains to the outcome of evolutionary tweaking over millennia.

For example, he describes how our brains are constructed to make meaning of our lives. As our senses and perception read what is happening around or to us, our brains form millions of synaptic highways to construct electrically charged circuits of memory. Then we use these in new real-time experiences to compare and shape our memory of this experience. In one fascinating segment, Eagleman shows how much of what we see is a lag-time compilation of only a few details that we fill in with expected details supplied by stored memory. If all this sounds heady, it is. But like Sagan, Eagleman feeds it to us in fascinating chunks using high-end media.

So, is who and what we are merely the sum of the electro-chemical reactions in our brains? Here’s where Christ-followers must differ with the great neuroscientist and communicator. God tells us in Psalm 130:14 that we are “fearfully and wonderfully made” by his own hands. This remarkable gift of intelligence, perception (including of self), creativity and imagination called a mind finds its source in Jesus Christ. In Colossians 1:16-17 we read: “… all things were created through him and for him. He is before all things, and in him all things hold together.”

Since Jesus is our Creator, only he possesses the perfect understanding of the human brain, and his understanding of our meaning-making goes way beyond profound. It is total. Isn’t this exactly what we find when we read about his interactions with individuals, as recorded in the Gospels of Matthew, Mark, Luke and John? John 2:25 tells us “he knew all people, and no one needed to bear witness about man, for he himself knew what was in man.”

So what we are seeing as we read the Gospels is the one perfect brain that ever existed—unadulterated or twisted by sinful thoughts, traditions or systems of belief—reading and challenging (reshaping) the meaning maps of the people he encounters. For instance, in his nighttime conversation with Nicodemus the Pharisee, Jesus redirects this respected teacher’s understanding of how one becomes a true follower of God. When a rich young man asks what he must do to be saved, Jesus exposes the man’s self-justification by pointing to himself as the true treasure he must pursue. To the Sadducees, who seek to trick Jesus into violating either Roman or Hebrew law, he uses a simple coin and a question to illustrate how the soul’s worth should be attributed to God, not the Roman emperor or religious rules.

So should Christians avoid watching The Brain with David Eagleman? Of course not. The series is a rich source of knowledge about God’s amazing handiwork in the capacity and functions of our minds. But as with any media, it is helpful to remember that what it presented always carries the worldview of its creator. So let’s keep hold of the worldview of our Creator, so we learn what is helpful but avoid being taken “captive by philosophy or empty deceit” (Col. 2:8).

The Blessing of Persecution