The Racist in the Mirror 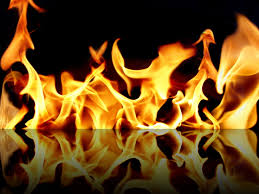 I’m a white woman, a stay-at-home mom raising two white boys. I have never thought of myself as being even remotely racist. I had always thought that as Americans, because we had taken such great strides in the last twenty years towards equality, racism was only something a few people still struggled with…and only something a small minority still admitted to. You know, the skinheads with the Nazi flag over their bed, and the swastika tattoos. Never in a million years would I have thought that I was a racist.

You have to understand, I grew up with parents involved in racial reconciliation in Fairfax, VA; the type of talks that involved my Dad getting together with other local pastors of color and holding rallies and discussing how the gospel impacts race relations. I have an adopted bi-racial sister, and have had to defend her at times from people who talked about her behind her back. In high school, I remember calling friends out when they said explicitly racist things, or made racist jokes. I saw myself as unbiased as anyone could ever be.

I lived perfectly content in my non-racist frame of mind. Until Trayvon Martin.

Just a mere twenty minutes from my home, and five minutes from where my sister used to live, a young black man was killed by a wannabe cop, walking home with candy in his pockets. My city exploded. There was so much hype and talk surrounding this case that I couldn’t turn on the news without someone mentioning it. Basketball stars started wearing dark hoodies. Memes started popping up on Facebook. Friends from childhood started commenting on it, young black males who were afraid that this might happen to them. My world started to shift, and although I didn’t outright apply it to myself, I realized with sadness and a lot of shock that people I knew were racist. They weren’t burning crosses in black people’s yards, but they were making comments like, “He was acting suspicious…” (because he was wearing a dark hoodie) or “Young black men commit more crimes than young white men, so it’s OK that he was profiled.” It began to open up a world to me that I didn’t know existed…a world where white people denied that white privilege still has a firm grasp on our culture. A world that I would have once agreed didn’t exist either…a culture I am a part of, and so entrenched in, that I didn’t even realize it. Because I’m white.

When the events in Ferguson happened, and the firestorm started all over again, and continued with Eric Garner, the events in Baltimore, the shooting in Charleston…and a host of others that go unnoticed, I began to read and study and ask myself questions. Because I saw and read people who were saying stuff that I didn’t know that I necessarily disagreed with. Stuff like, “Black people commit more crimes” or “Black people are generally more violent” or “Black people need to stop complaining about the past and focus on the present and future.” It disturbed me that I was struggling to disagree. It also disturbed me when conservative news anchors started posting statistics and numbers that proved their point.

Then I started reading stuff by guys I really respect, like Thabiti Anyabwhile, who stated emphatically that these sentiments were wrong, and outright racist. I read stuff by my own brother, Jake, who emphatically stated that white privilege was both real and problematic. I read statistics about prisons, and the incarceration numbers of black men and white men who committed the same type of crime, and who got sentenced longer (I’ll give you a hint: it wasn’t the white guys.) I listened to a sermon by my brother Jesse, who asked the question, “Would you be more comfortable driving through a white suburban neighborhood, or a black ghetto?” Would I? And if I did, would that be wrong?

And this led to me asking myself some really hard questions. Questions that, when I answered honestly, broke my heart. I, who had always thought I wasn’t even close to a racist, answered questions that revealed my own bigoted heart. I realized that I would be more comfortable riding an elevator with a white man than a black man. I realized that if I passed a black man on the street, I would clutch my purse tighter. I realized that I would assume the black man I passed who was wearing scrubs at the hospital was the one emptying the trash, and not the doctor. I assumed that black people overreacted about the confederate flag and should just get over it because it was only a symbol of southern pride, as opposed to realizing what it meant to them…namely, years of slavery and oppression, rape and murder. Lynchings and burnings. Degredation and shame.

I was heartbroken. And discouraged. My little world was expanding, and it hurt. My world, which necessarily included white privilege, was laid bare and I had to accept it as it was, and not as I had always thought it was. These realizations were helpful, yet at the same time painful. I didn’t want to admit it. But there I was.

Hi. My name is Janelle Garrett, and I’m a racist.

These things are hard to admit. It’s embarrassing. How could I face my black brothers or sisters ever again? How could I ever self-righteously speak up in defense of my black neighbors when my own heart wasn’t ever in the right place? Maybe, like I was, you are living in a bubble where racism is so far-fetched that there is no way YOU are one, too. But it doesn’t have to look like we think…we don’t have to attend KKK rally’s, or fly a Nazi flag, or use the N-word, to be racist. Our prejudices might look different, but they are still just that…prejudice. And thankfully, there is a solution. A solution that I have to remind myself of every time I’m faced with the temptation to be discouraged and feel guilty when I clutch my purse close.

That solution looks like a Jewish man, more black than white, who walked this earth 2,000 years ago amidst racial tension and turmoil. One who rendered to Caesar what was Caesars and to God what was God’s. One who submitted himself to a mock trial, and was sentenced to death for crimes he didn’t commit. One who forgave his enemies even as they beat him. One who was despised and rejected by men, who was lowly and humble, who was zealous and meek. One who died shamefully, naked and exposed, bleeding and broken. One who, with his own flesh, brought peace and broke down the dividing wall of hostility. One who creates perfect unity, who says there is neither Jew nor Greek (black or white), male or female, that all are created equal.

That’s the God I serve. That’s the God that says, even though I am weak and racist, I can still come to him just as I am and receive forgiveness and grace. That’s the God that gives me the strength to abandon my heart’s natural inclinations and to fight the racism that still often pokes its ugly head. Are you like me? A racist without knowing it? Can I ask you to do the hard thing and take the first step, which means admitting it in the first place and turning to the One who will one day make all things right? I can say that with 100% certainty because He’s the one who created different skin colors to begin with, and He’s the one King who will reign eternally…the one King whose skin color is not like my own.

Hi Habadagee, thanks for reading and commenting. Before I made the comment you quoted, I asked the question, "Are you like me? A racist without knowing it?" in context, that necessarily is only talking to people who resonate with my own experience. It in no ways paints all white people as racist...only the ones who search their hearts and realize that it's true.

Where did Janelle call all white people racist?

Your point of view seems to shout down any dissenting view with the broad brush of racism. I don't think that calling all white people racists is going to help - and that's what you are doing:

"Can I ask you to do the hard thing and take the first step, which means admitting it in the first place".

Wow, talk about a judgement without any facts whatsoever. People are individuals and should be treated as such. Finally, the answer is to encourage everyone to love one another - white people to love black people, and black people to love white people. If, along the way, an individual recognizes sin in their heart, let them confess it and repent. But let's put away this broad brush before it does more harm.

Thanks Brinda. I bet you have a lot of thoughts about this issue, as well!

I read a book last year for one of my classes. I think you would really like it since it pertains to a lot of what you wrote about. It's called Beyond Racial Gridlock by George Yancey. It talks about the different kinds of racism and how we should not only approach them, but take responsibility for them as well.

This is so good. I was in the same boat of being so, so positive that I was not remotely racist or prejudiced. Until I started dating my now husband, who is black. Dating him opened my eyes to how prevalent racism and prejudice still are in our culture, through comments and looks we got when together, and stories you wouldn't believe happened in the past five years.....The overt reactions we received based in racism made me furious, until... I slowly started to realize that, in my mind, black men like him were the rule, not the exception. I have two bi-racial children, and yet I realized that my reaction to a young black man responding to my toddler's waves made me feel uncomfortable, and a white man waving back earned a smile. This realization killed me, but now I'm living the testimony that's possible when you see the ugly truth and take it to God. I'm so, so grateful for this post, and the raw honesty of it. I know I've benefited from thought provoking articles like this, and so many of the people I grew up with will too, if they're willing to ask the hard questions of themselves. Thank you so much for your bravery, and I hope we as a people will be able to honestly check ourselves instead of emphatically defending our lack of racial preference. I mean, if I can still subconsciously think like that, while marrying a black man and having his children? Let's face the truth and deal with it with God, so we can truly move forward!
I'm Nicole, and I was a racist.