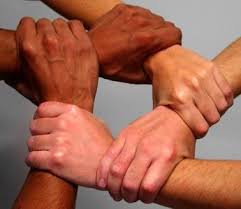 (Eds. Note: Jake Phillips is a third-year law student at the University of Florida Levin School of Law.  If anyone needs information about RFRA's more generally, and likes posts that are more succinct and not so long-winded as Jake's, he suggests they read this post by Joe Carter over at The Gospel Coalition.)

Over the past couple of days, a hullaballoo has broken out after Indiana became the 20th state (Arkansas would follow suit days later) to pass a state RFRA. Some claimed that the law was a thinly disguised attempt to provide legal cover for small businesses to discriminate against people on the basis of sexual orientation. Others claimed the same thing, but found the act virtuous for that very reason. And still others claimed that the law did nothing of the sort, and was a straightforward and non-controversial basic copy of a federal law and those passed by numerous other states to better protect religious freedoms of all types, and had been enacted by liberal democrats across the country.

Christians generally fell into one of the two latter camps – I just wanted to write a quick clarification to try to help us think through the issue.

First, where did RFRA’s come from? (I apologize in advance for any legal jargon). Basically, when governmental laws abridge fundamental rights (one of which is the freedom to express religion) courts apply what is called strict scrutiny to decide of the law is constitutional. In applying strict scrutiny, the government must show that they have a compelling reason for abridging the right, and that this compelling reason is narrowly tailored such that it is the least restrictive means of achieving their compelling interests. In other words, they must have a really good reason for the law and there must be no way of achieving those results without abridging the fundamental right. For example, the freedom of speech is a fundamental right, but there are also reasons to abridge that freedom in some circumstances (you’re still not allowed to shout “fire!” in a crowded theater), so long as they do so in a way that does not also abridge speech that should be permissible (so they can’t pass a law that you’re not allowed to shout “fire!” in a crowded theater, cause, you know, what if there really is a fire?) Strict scrutiny does not decide who wins (theoretically, at least); it just decides what level of analysis is applied to a given situation. That’s a simplistic overview, but I hope it gets the point across.

Anyways, in 1990 the Supreme Court ruled that in cases where the government abridged the freedom of expression, courts should no longer apply strict scrutiny if such a law were challenged in court. Three years later, Congress overwhelmingly passed legislation (the RFRA) that overruled the Court and mandated that strict scrutiny once again be the analysis courts applied to laws that abridged the freedom of expression, and President Clinton signed it into law. The RFRA, and the strict scrutiny it required, was used to protect the Native American usage of peyote (a controlled substance otherwise illegal) for sacramental purposes, and to protect the rights of prisoners to grow beards (otherwise not allowed) if adherence to religious customs required that they do so. Everything was hunky dory.

But then the Court ruled in 1997 that while it was fine for Congress to require strict scrutiny be applied when the federal government and federal laws abridged the freedom of expression, the RFRA did not apply if a state law did the same thing (and the Supreme Court was right to do so). In response, many states enacted their own versions of RFRA’s that would apply to their individual state. Indiana is simply the most recent state (until Arkansas) to do so.

So why the controversy? Two reasons: first, most states that passed individual RFRA’s did so pretty soon after the Supreme Court ruled that the federal RFRA did not apply to state law. It’s been 18 years, and Indiana just now passed their version. Coincidentally (or, you know, not coincidentally), courts recently ruled that gay marriage was legal in Indiana. Second, the Indiana law goes a little further than the federal law and all the other state RFRA’s. It allows the RFRA to be used as a defense in civil litigation even when the government is not party to a suit. For those two reasons, some claim that rather than attempting to protect legitimate religious conviction, the law is actually a way to allow Hoosiers to discriminate against homosexuals. Presumably, now that gay marriage is allowed, they think the Hoosiers will want to discriminate against homosexuals (not baking cakes for their wedding) and need a cover to do so (defending themselves in court with the RFRA when homosexuals sue them for not baking them a cake).

So what should we think about this? I have a couple of suggestions, but I would love to hear any pushback.

First, the idea that the RFRA can be used to defend discrimination against homosexuals is wrong, whether it’s propagated by those who think it’s a fatal aspect of the statute or by those who think it’s the defining virtue. No one has used the RFRA for that purpose for the 20+ years it’s been around. Also, in most parts of Indiana, discrimination on the basis of sexual orientation is not illegal, and thus the RFRA is totally unnecessary. It’s already perfectly legal to discriminate, and no one needs the RFRA to defend themselves. To the extent that discrimination on the basis of sexual orientation is prohibited in certain, specific cities (such as Indianapolis), the RFRA will be no one’s saving grace; courts will easily find a compelling reason for prohibiting discrimination. The idea that the RFRA could be used to make otherwise illegal discrimination legal is somewhat ridiculous.

But thirdly, we all need to consider that there is a difference between those things. And we can figure out those differences. It might take time, and everyone might not get exactly what they want, but we live in a pluralistic society. Not getting exactly what we want is kind of part and parcel to the whole concept of pluralism. Perhaps a good step would be for Christians to make clear that there is a huge difference between specifically enabling a practice that violates their conscience, and merely providing a service for someone who happens to be gay (I think 95% of Christians are clear on this in their own mind – but they could communicate better). Perhaps another step would be for Christians to consider whether the best way to communicate their values regarding a sexual ethic is to withhold services from those they believe should not be getting married. Perhaps a good step for non-Christians would be to consider if it’s perhaps possible that someone can have a religiously motivated conviction against certain practices without being a bigot. Can the only actual reason someone is against gay marriage be because they hate gay people? Or can someone legitimately love someone while thinking that certain actions they take are wrong?

These are questions that need answering. If we are going to find those answers, let’s start by being introspective and examining our own hearts, our own biases, our own prejudices, and where we might be wrong, whether we are religious or not. Progress probably will be better made if we acknowledge that intelligent, convicted and thoughtful people can disagree without one side or the other being wrongheaded simpletons or backwards bigots.

Update: I wrote the draft for this post last week. After finishing it, reports came out that the Indiana legislature had followed the directive of Governor Pence and amended the RFRA legislation. The amended language specifically disallows discrimination (via refusing service) on the basis of sexual orientation.

The amended language clears something up; on the other hand, it changes nothing. It clears up that the RFRA is not designed to protect discrimination against homosexuals. But, it changes nothing. Just as the original statute did not make illegal discrimination legal, the new language does not make previously legal discrimination illegal. In other words, it’s not suddenly against the law of Indiana to discriminate on the basis of sexual orientation. All the new language means is that if you do discriminate in a jurisdiction that has specifically disallowed such behavior (Indianapolis, for instance) the RFRA cannot be used to defend yourself against the repercussions of breaking the law.

The new language simply makes clear what was already true. In other words, the new language does not change the law; it merely changes the perception of the law.