When, If Ever, Should We Call Abortion "Murder"? 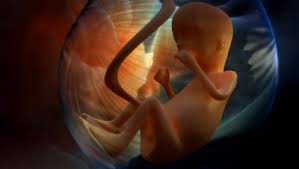 Karen Swallow Prior, author of a book we enjoyed, did something yesterday that she does very well – cause a hullaballoo on the internet. In an article on Christianity Today, Ms. Prior argued that what we say about abortion matters, even when we act peacefully. This seems inarguable, for the very reason she pointed out: “the purpose of language…is to reveal truth, eternal and unfailing.” The controversial aspect of her article is when she argued that, in the context of our actions in the abortion debate, we shouldn’t call abortion something that it is not – and in the civil (not church) context, abortion isn’t murder.

There were many negative responses, most not even worth mentioning, but Frank Turk’s response (in the comments section of Ms. Prior's article) probably best articulated the intelligent disagreement – if we cannot use morally serious language, we cannot make morally serious objections to abortion.

Before we talk about the issue, it’s important to remember that neither side of this debate is questioning the importance of objecting to and protesting against abortion. Ms. Prior has protested outside abortion clinics for ten years, and worked at a crisis pregnancy center for 17 years. Our pastor, Benny Phillips, has been active in the pro-life community for decades, and was once arrested for protesting at an abortion clinic. I’m sure that many of those calling for the use of the word “murder” to describe abortion are unquestionably pro-life.

Having gotten that out of the way, the question remains: when, if ever, should we call abortion “murder”? It seems to me (and of course I could be wrong) that the answer shouldn’t be too difficult. Context, in this case, is King. Frank Turk’s point is philosophically sound. The moral seriousness of abortion is directly tied to the moral weight of our objections. The moral weight of a person’s objection to gambling, if they are so inclined to make an objection, is less then their objection to sex trafficking, for the very reason that sex trafficking is more morally repugnant than gambling. If abortion is murder, than our loud, consistent, ferocious denouncement of its practice for 40 years is proportional (perhaps even understated). But if abortion is something less than murder, than our response has almost certainly been wildly out of proportion.

But that doesn’t settle the question. Simply because abortion is murder does not necessarily mean that we call abortion “murder” reflexively. Joe Carter, I think, explained why in a piece he wrote for The Gospel Coalition; sometimes using loaded terms with those who would disagree with their application is unhelpful, especially in the context of such a fraught, emotional issue as abortion.

Now that I’ve buried the lede, I’ll give my (unimportant) opinion. According to God’s law, abortion is murder. The argument isn’t too difficult – science has fairly well established that unborn babies are human life, and in almost every critical way is no different than post-birth human life. God has made clear that unjustifiably ending human life is a violation of his law. Violating God’s prohibition against unjustifiably ending life made in his image is the most serious of violations, and we call it murder. But when talking about abortion with those who believe abortion to be morally permissible, and especially with those who would not accept the existence or importance of God’s law, we (usually) should not call abortion “murder,” at least not without a lot of explanation.

The reasons are pretty simple. The first is an issue of compassion. Calling abortion “murder” around those who would consider abortion morally permissible means that, eventually and inevitably, you are directly calling someone either a murderer, an enabler of a murder, or no different than someone who hires a hitman. Some people choose abortion selfishly; but most do so because they legitimately do not think they have any other option. I’m not sure calling the choice they made “murder” displays a compassionate or Christlike disposition.

But of course some would say that the person we should be more concerned about showing compassion for is the baby; and if saving babies means that we have to sacrifice showing compassion for some others, than that’s a decision we’ll have to live with. But that brings me to my second reason; calling abortion “murder,” I think, almost certainly not only lacks compassion, but is also probably strategically unhelpful. “Hi, stranger. Oh, I’m a murderer? Let’s keep talking” doesn’t seem like the most likely response. That’s kind of the point of Joe Carter’s article (from what I can tell, at least). We must be both gentle as doves and wise as serpents; and while there’s probably a part of us that wants to scream our protests and call down fire from heaven on behalf of the slaughtered, we have to remember that, sometimes quite literally, lives depend on our ability to remember our goals.

Finally, abortion isn’t murder according to our country’s laws. (This probably should have gone first, since it’s fundamental to the point). Calling abortion “murder” in a civil context most naturally breeds a response pointing out that it’s actually (usually) legal. Of course, our response would be something like “Well, sure, but I meant it’s murder according to God’s law.” “Well, I don’t think so.” “Well, you’re wrong, and let me explain why” and then we’re having a theological discussion. And maybe having a theological discussion is a great strategy. All I can say is that in the hundreds of times I’ve protested at an abortion clinic or had a debate in a classroom, I’ve never seen a theological discussion a) work or b) last very long.

So let’s call abortion “murder” in the context of the church. Let’s not capitulate on God’s law. But in the context of a world that doesn’t accept God’s law, let’s remember our goals. Our goals are to defend the hopeless and oppressed, while showing compassion to those who feel trapped in the consequences of what we know to be their sin. “You have fornicated, and thus deserve hell, and are now allowing a baby to be murdered, and thus deserve hell” might be literally true; saying it that way is also, I think, disobedient to what God has called us to do.

"For that reason, it is not merely useful but an imperative that we use the right moral terms to describe what it is we see around us -- but not in an unloving way."

I think this gets at the main point. Use the right moral terms, but don't be Fred Phelps about it. I tend to agree with Jake and Karen Swallow Prior that in the sidewalk protest or crisis pregnancy center contexts you can more easily prick the conscience of a desperate mom if you don't alienate her with the word 'murder.' Whether it is unloving or not to use that word depends on things like context and motivation. But I agree with Frank that we need to make sure in the broader context that we don't lose clarity about what is actually going on and allow the issue to be softened by euphemisms.

I just wonder why the reaction from many of the folks who disagreed with Ms. Prior was all 'farewell CT' instead of 'here is why I think you are wrong.' But that's a separate issue.

Lots of good thoughts here. I want to think on them before I respond -- although I will say that I had a section in there about differentiating between doctors and mothers (the perspective of doctors, as you indicated, is far more egregious and our language should reflect that fact) but I took it out because of length.

Hi Jake - thanks for noticing.

I think the problem with the "how to tell the world" reasoning you apply here is Romans 1. That is, the problem is not that the unbelievers do no know God or His righteousness, but that they suppress that knowledge for what seems good to them. For that reason, it is not merely useful but an imperative that we use the right moral terms to describe what it is we see around us -- but not in an unloving way.

That last phrase is the real problem here. On the one hand, some people who wear Christian t-shirts say that mentioning sin by name is itself unloving; others say frankly that not calling it by the worst name it has is unloving. The reality is that the Biblical category for us is "truth in love." So for example, abortion is murder - unequivocally. A doctor who performs abortions is morally equal to a hit man who performs murder for hire. Telling a doctor who knows through science and training that the baby is a baby and he is a murderer with no qualifications is not unloving. But in talking to a woman who is seeking an abortion -- is she just another murder of the same stripe? Or is the problem that she believes the hitman's lie that he knows how to solve certain problems, and some people just need killing? Or is the problem that she is, like the hitman, fully informed and morally calloused? The answer to those questions is how we tell the truth in love -- for example, by getting her pictures of the baby in her womb so that her merely-human conscience can weigh the matter with full information. She does not want someone to murder her baby, she is not a murderer. She is something else and we have other questions she can ask and get answers for.

The unbeliever still has a human conscience, and our appeal to that is a necessary part of the presentation of the Gospel.